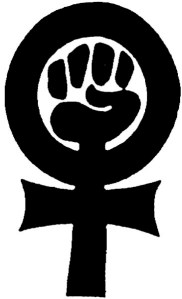 Kicking off the four day Jubilee weekend with some good feminist chit chat!

-I’m just jumping right in with a controversial topic here! And don’t yell at me because the article itself is actually from the Daily Mail. But terrible rag aside, I thought the article was interesting-discussing women who don’t shave and how that isn’t ever really accepted in our Western society-and many Eastern ones for that matter. It’s coincidental that I was just last week taking part in a discussion re: lady body hair and whether it is/isn’t professional to wear tank tops or sleeveless dresses at work if your pits aren’t shaven. In the article, no surprise because it’s the Mail, the “journalist” was disgusted by a 28 year old feminist who went on a morning chat show in a little black dress, pits and hairy legs out, no shame. I thought the chica was awesome and proud and had no reason to be ashamed of her choice.

Moving on from the body hair…

-Well worth discussing-why are women only writing a quarter of the Op-Ed columns in American newspapers? Turns out that data from the OpEd Project shows that only 24% of opinion columns in major syndicated papers are being written by women (a number that has barely changed in the past decade), and most of these pieces focus on family, gender or style. The only area where women are writing more columns than men are in the areas of family and gender, while all the other areas surveyed male writers far outnumbered women. These areas included economics, education, technology, science, media, the environment, national and international politics, and various other areas, including food. Plenty of room for female opinions, right? Particularly when half of most media’s readership is, in fact, female? You’d think so.