Being abroad as a couple is a much different experience than going solo. I was thinking of this on Saturday night at our friend Pete’s surprise 30th birthday party-which was lovely, by the way, so full of joy and happiness. In our group of friends there are lots of couples-mostly couples, actually, these days. A side effect of nearing thirty. And serious couples too; some have even been together for close to a decade or more. But Jon and I are the only married ones. And I think herein lies a big difference (just to get it out there-I don’t think we’re cooler than anyone because we’re married, and that is not the difference of which I speak). I think even the word marriage still strikes fear (or something like it) in the hearts of many of my twenty-something compatriots. Like, as a married couple Jon and I don’t do the exact same things that our other co-habitating friends do. But we do! We’re just also, like, legally bound to each other. I mean, there are some differences between marriage and dating, certainly, but it seems to me that maybe other people think of those differences more than we do. Couple this with the fact that I’m not from around here and didn’t move here officially until we were married and instead of “there’s Ashley”, it becomes “there’s Jon’s wife, Ashley”.

When I was travelling by myself-to France and around Europe, to South Korea, etc, I was just me. And when I met people, these people were eager to chat and invite me along to do stuff. I think it’s a way of looking out for other people in your similar situation. You know they don’t have a built in support, so you pull them under your wing, and vice versa. You don’t want anyone to feel alone in a new place. But when you’re in a couple, all of a sudden it becomes a bit of an impediment. People look at you as a twosome, rather than an independent entity. You’re already never alone. You’ve got it together, and you’ve obviously got someone to hang out with all the time, so meh, you just get passed over when it comes to the day to day social gatherings.

Here’s an example. In 2009, I moved to Korea 3 months before Jon ever got there, and 6 months before Jon and I started dating. So I had lots of single woman in Korea time. I went out with my lady friends, expat and Korean, and had awesome adventures. More teachers came over, some left, the wheel keeps turning, yada yada. But eventually I’d been there long enough that I had a few friends who had never known me before Jon and I were a thing. And I remember specifically one night being out with a big group in Seoul at a bar. Jon wanted to go home and I wanted to go out dancing, so he and I  said our goodbyes, and one of the girls I was with remarked that she’d never seen me out without Jon, and she was super surprised by this. And I just felt like that is the case-she wasn’t there when I was single, and in fact, I (and my roomie Marisa) hosted ladies’ nights all the time or just generally hung out minus dudes, but because in the short time that this girl had been around our little group in Korea she’d only seen both Jon and I out together, that meant we must only ever go out together. It’s a bit of a self-fulfilling prophecy.

To bring this back to now-it seems to be even more of a theme in an expat life where only one member of the couple in question is foreign. Our friends here in England, for the most part, began as Jon’s friends-some from childhood, some more recently acquired, but nearly all “belonging” to him. And this predicament also goes hand in hand with just being in our late twenties and out and away from the college/university/early 20s experience of meeting your friends’ partners and just generally spending more time casually hanging out or going out with new people, or people you’ve just met. Now people work and chill with their partners in their free time, and have their own groups of friends that they’ve cultivated and narrowed down over the years. It’s harder to make friends at this stage in life. I think most people would agree with that. And I’m still trying to make my own friends, independently of Jon.

Not to worry though, I have made progress on this front in the year that I’ve lived my immigrant life. I just find that vignettes like Friday night-in a room of smiling, happy people who I really enjoy spending time with, but who I know I probably won’t see again until there’s another big get together-just brings some things to mind. This isn’t a new situation, and it’s not terrible, and it definitely can’t even be confined to being an immigrant wife-I was in the same situation when I lived in the Marshall Islands with my former partner. This happens when you travel (or live abroad) with a person. It changes the dynamics of how people see you, and assumptions are made.  But with that being said, I’m more than fine with working through it and carving out relationships of my own-and still spending the majority of my time with this guy, for whom I’d move to the ends of the earth. It is worth it. 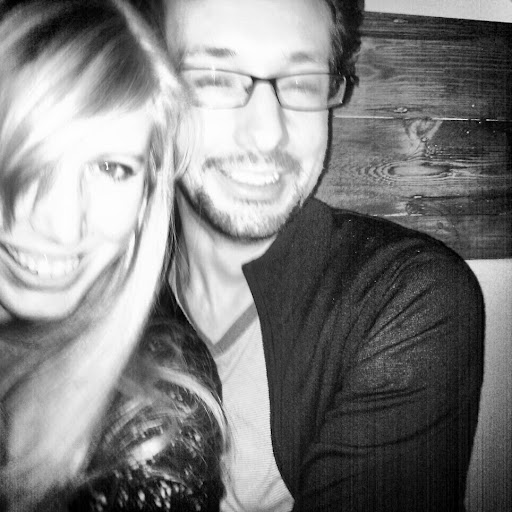