Alright, so a little primer is in order!

If you’re English, you probably think of Tenerife as a place to get (very) drunk in the sunshine or as a common place one gets asked to go to for stag/hen parties (also known as bachelor/bachelorette parties in the States-in the UK people really go all out for them!). It’s kind of like the English version of going to Myrtle Beach or Orlando or something, as far as I can tell. But, not being English, I really didn’t know where Tenerife was in the first place, and therefore I wasn’t scared off by all the weird stories people told me about getting far too drunk and sunburnt. Instead, I was fully intrigued by the reasonably-priced promise of heat, sun and a cool volcano to explore. Not to mention with Lindsey leaving Ohio’s gorgeous early summer weather to come hang in the UK, and there being no way that England would even come close to being as nice weather-wise, I thought it’d be ideal to be able to promise us a whole week of sunshine, even if not in England. Travelling is always fun, right? 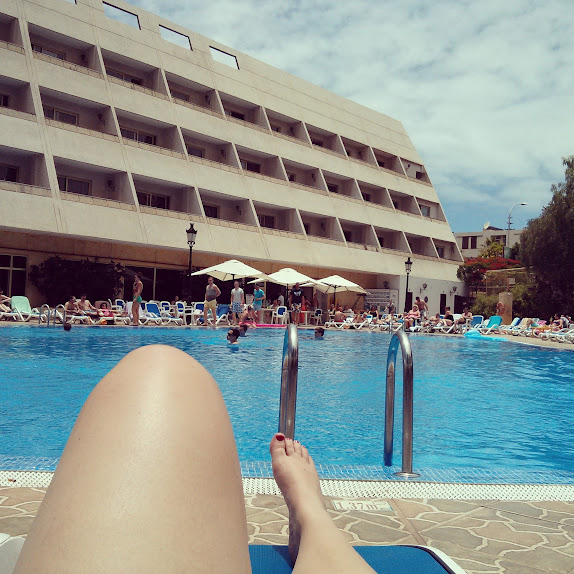 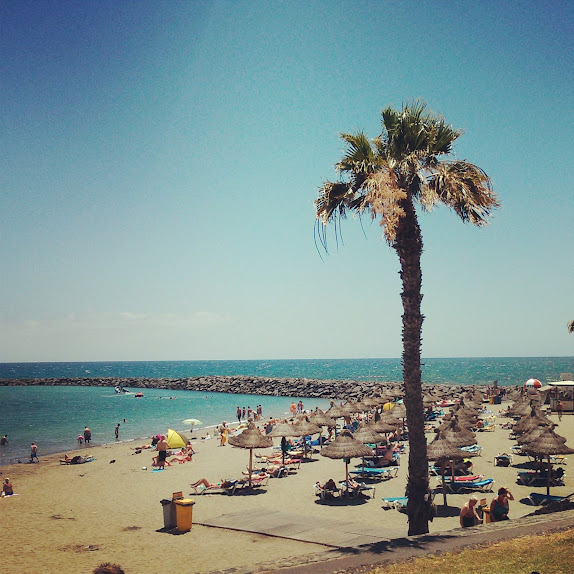 So, some background. Tenerife is the largest of the Canary Islands, found off the west coast of Africa, near Morocco. It’s also technically part of Spain-you know, colonialism and all that. The volcano I spoke of before, El Teide, is the third largest in the world and also a World Heritage Site. The history of the place is really fascinating, and I encourage you to look into it!

We arrived after an uneventful flight very early on Saturday morning. For the first few days we were mostly interested in soaking up every possible ray of sun on offer. This obviously meant a hella bad sunburn for me-probably the first full body sun tan I’ve had since I was maybeeeeee twenty-one?-but it was worth it. We chilled by the pool, rotated to a few local beaches every once in a while, and took advantage of our all-inclusive hotel booze. It was relaxing, and I had no trouble making my way through some Game of Thrones during our week-long down time. Ahhhhh…. 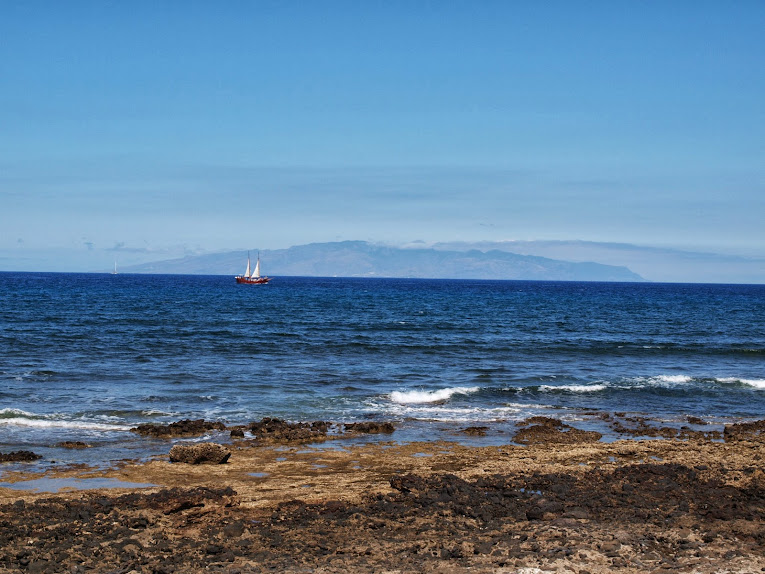 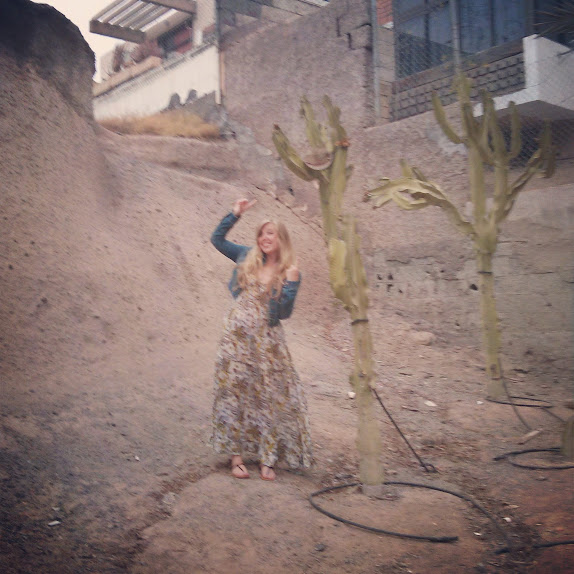 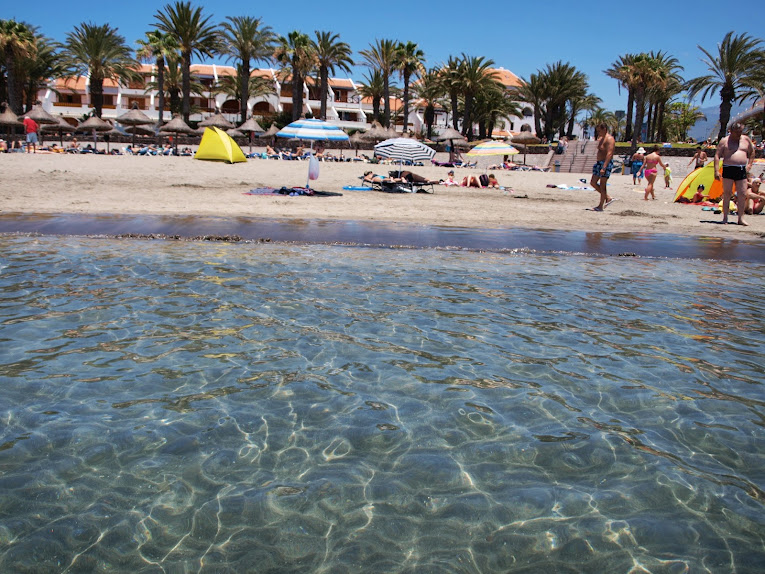 We are not the tidiest of ladies, and our very “cheap and cheerful” hotel wasn’t up on daily cleaning, so our room really exploded all over the place! Well lived in, I’d say. We stayed in the Las Piramides hotel in the Playa de las Americas, which, to be honest, I probably wouldn’t recommend unless you were with a big group and planned on getting a bit rowdy while in Tenerife-it’s that kind of place! But we had a nice enough time, with nothing to complain about. It was just a bit loud every night because the place is so close to a huge strip of night clubs, bars, and restaurants.

We made time to watch more than a few gorgeous beach sunsets and clamber on beach rocks and sand. 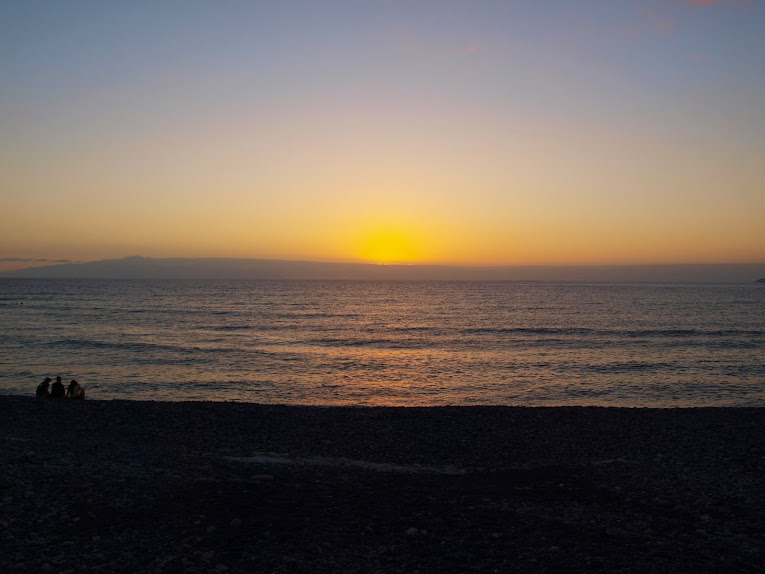 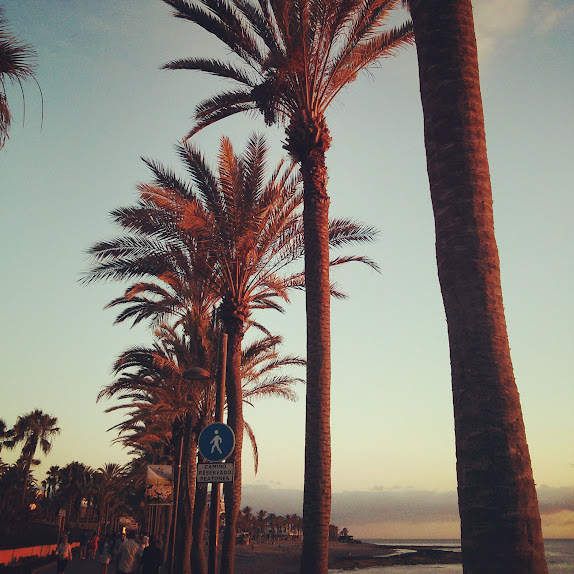 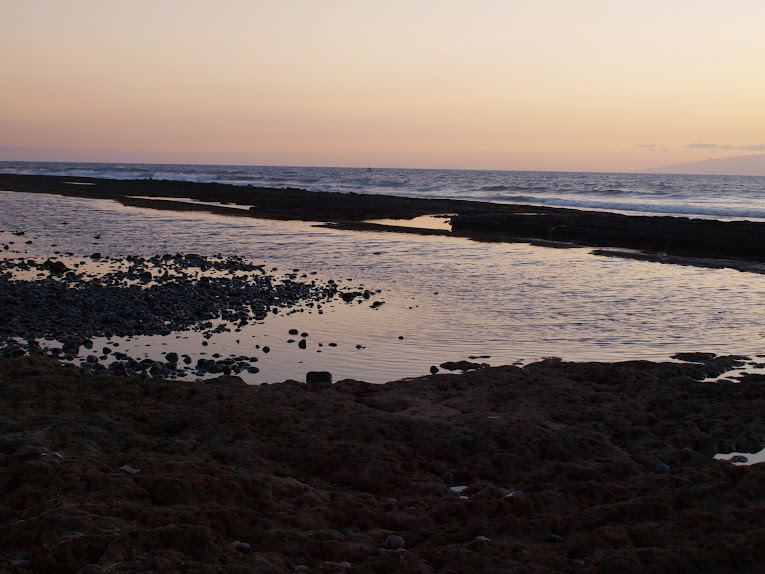 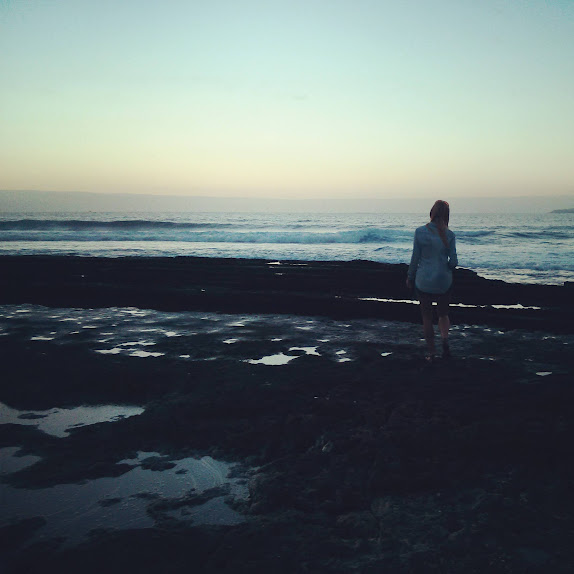 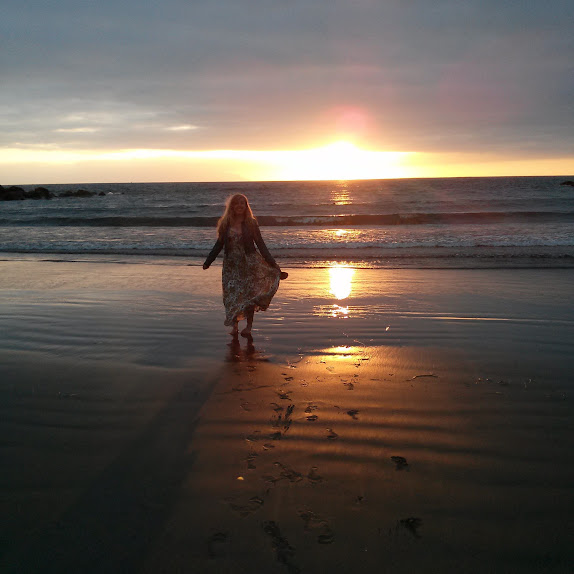 We tried to get out of the hotel and sample some Canarian cuisine while on the island. This meant some delicious seafood, lots of local fruit (bananas, in particular) and Canarian potatoes, which sounds like a weird thing but is absolutely delicious.

We didn’t just lay on the beach all week though! But that’s for another post on another day. For now, I’m off with Lindsey to find some dinner-she leaves in two days and we’ve got to make the most of it. Volcanoes and tiny Canarian vineyards to come at a later date!