The Tenerife saga comes to a close with our day trip to three villages in the north of the island (I know, you’ve been waiting with bated breath! I’m only two months late!). This was a truly remarkable little trip, and we spent an entire day on a little bus with a group of pensioners/retired people, the nicest old English woman (who now calls Tenerife home and served as the tour guide), and the most cheerful bus driver in the entire world. Lindsey and I were the only Americans and  everyone was so nice to us-once again, being possibly the only Americans who have ever set foot in Tenerife really worked in our favor. Mostly everyone was confused. But sweet! Ah, well.

So first-Masca. After spending a few hours climbing the most narrow, winding streets possible in the tour bus (it was….uncomfortable and scary, to say the least) we were greeted with the most amazing view-high above the clouds, looking down on the winding roads we’d just traversed, with the tiniest village tucked between the peaks, clouds swirling around us. This was Masca, a village unknown to the world until the 1960s, and only recently made accessible to the general public. Even now, only around 80 people call the village home. 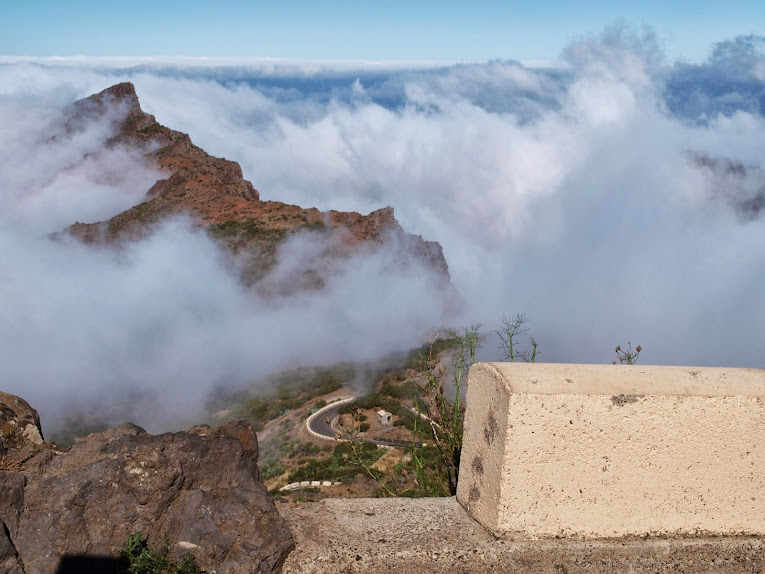 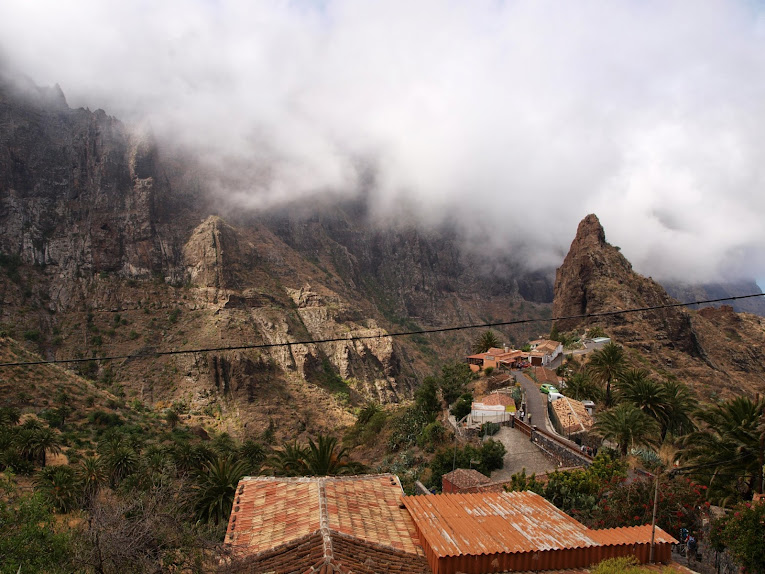 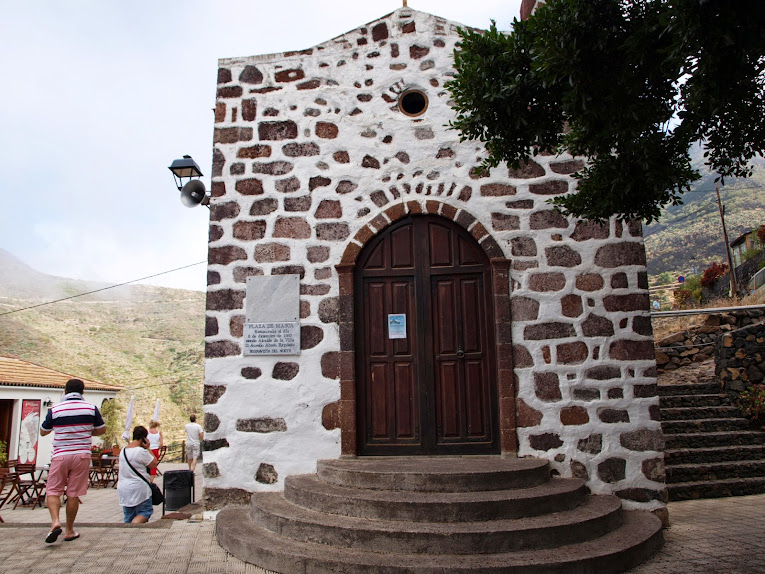 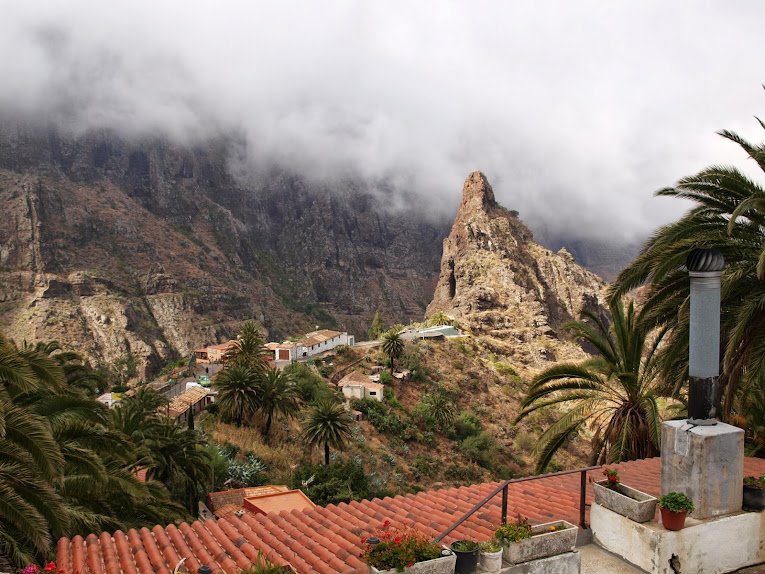 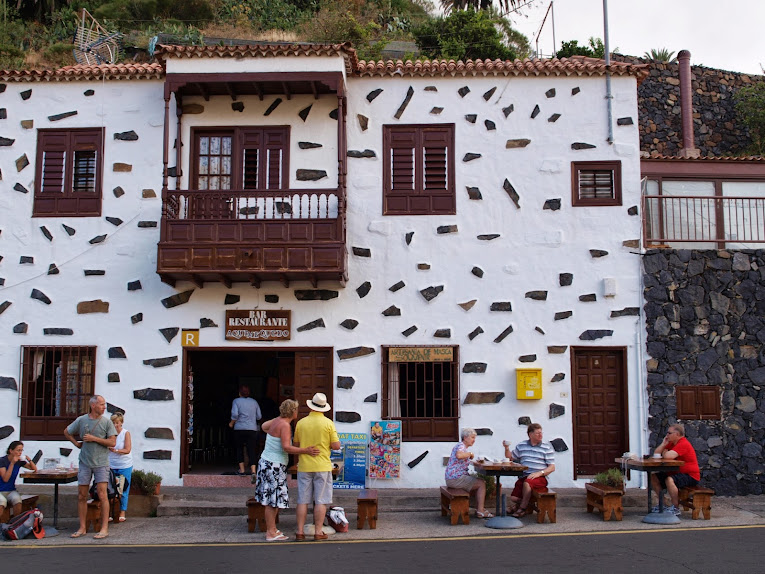 We didn’t stay in Masca long-not much to do in a tiny only recently discovered village, you know? And soon we were on to Garachico.

Garachico is located on the northern side of the island, and the contrast between the north and south sides is so distinct as to be almost jarring. The entire landscape changes  within 100 yards of land as you drive along (or so it seems). It’s very strange! The south is more like the south west of the USA-sand and shrubbery and tumbleweeds, and very little greenery. The northern side, however, is far more lush. The day we were there it was almost chilly, and the sunny coastal beaches we left behind couldn’t have been further away from the rocky, brisk town that we arrived in. 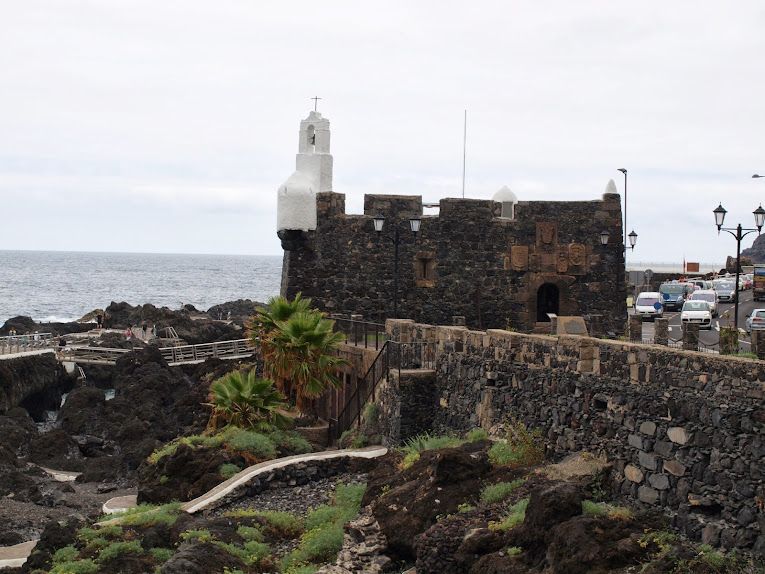 Garachico is mostly notable due to the fact that a volcanic eruption in 1706 from the nearby El Teide essentially covered the whole town, filling in the bay and effectively destroying its economy-which up until then had been the main exporter of Malmsey wine. And yet they just rebuilt it! Even more recently there have been smaller eruptions that didn’t quite take out the whole town….but I’d say the town has a fascinating history and those who still live there are pretty damn brave. 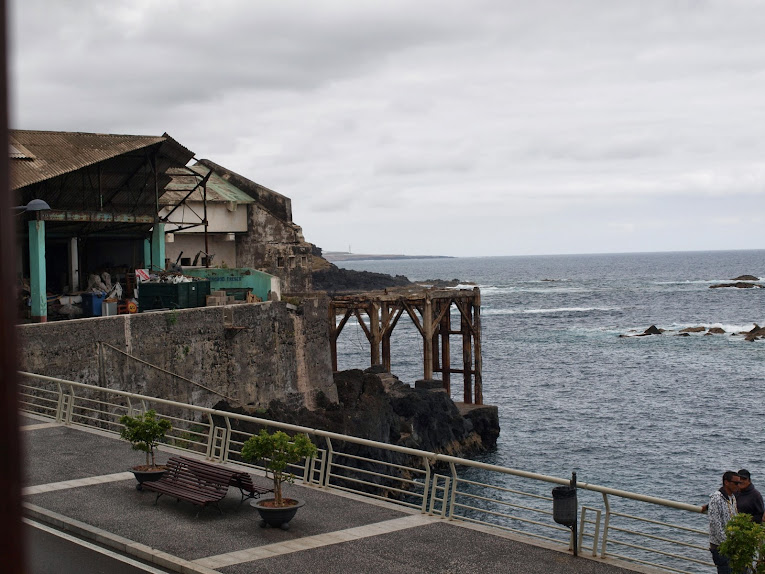 We took a walk through the little town with our guide, and stopped for a delicious, fresh lunch of seafood that was obscenely cheap. 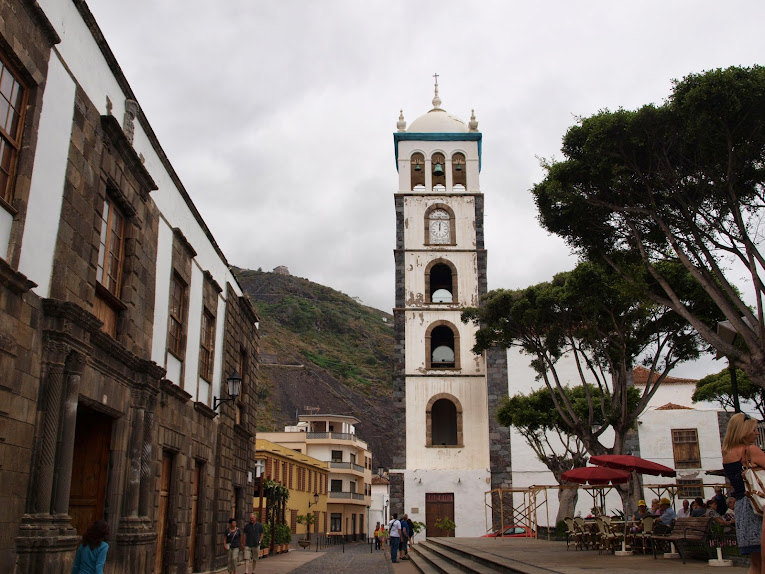 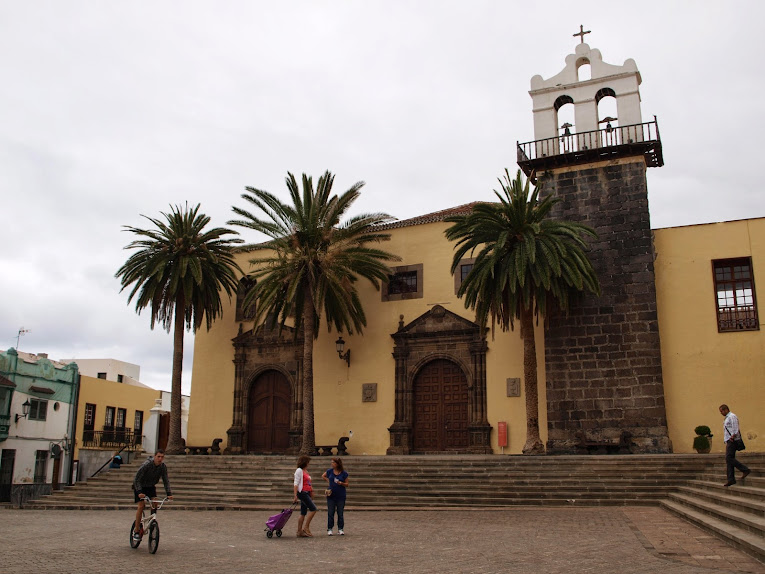 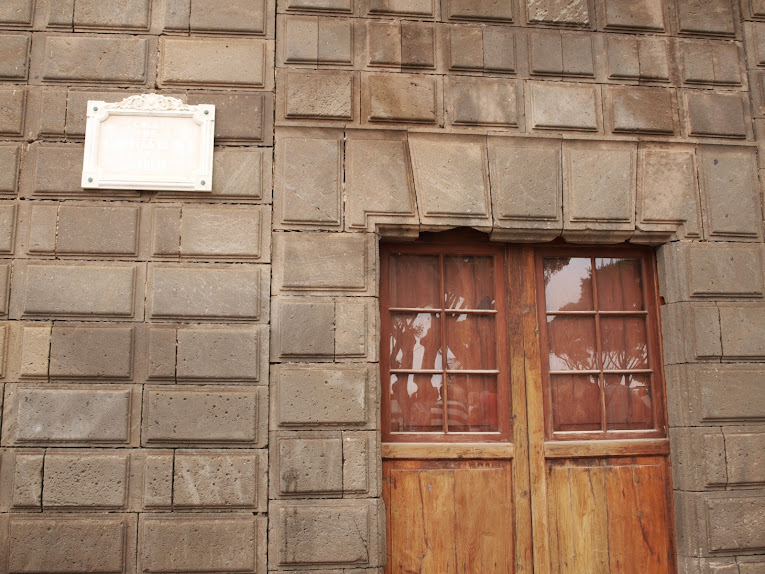 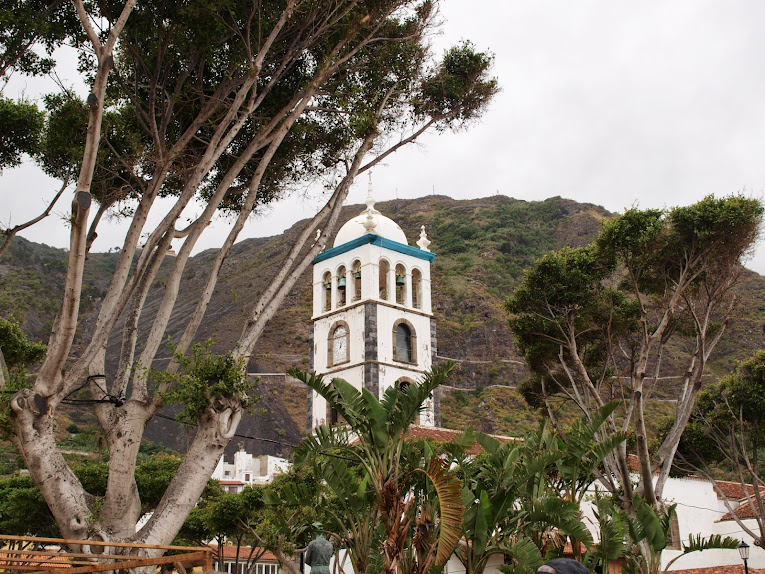 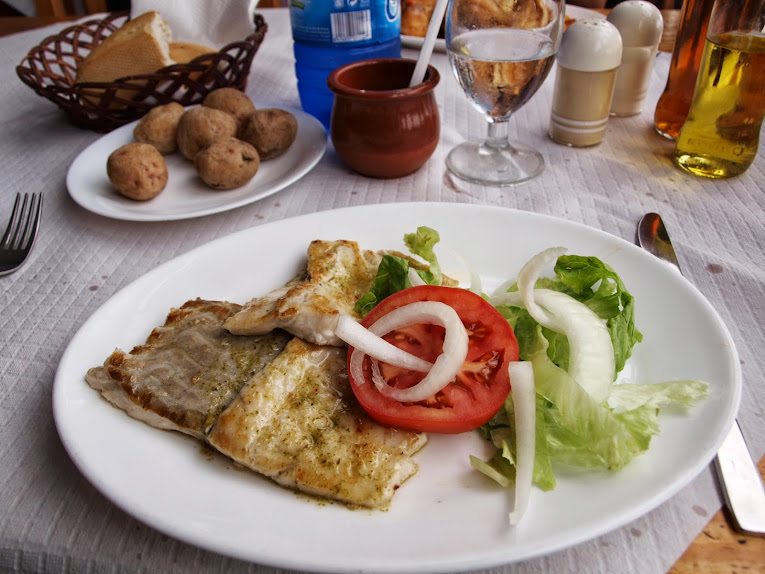 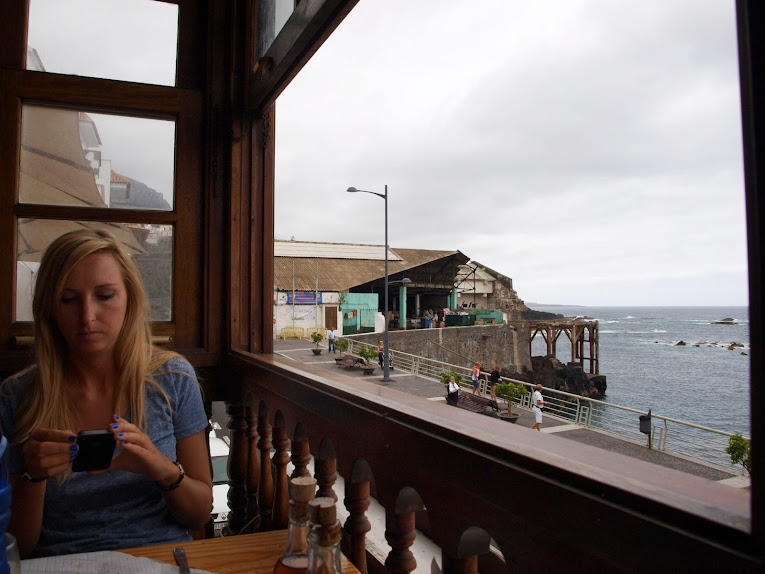 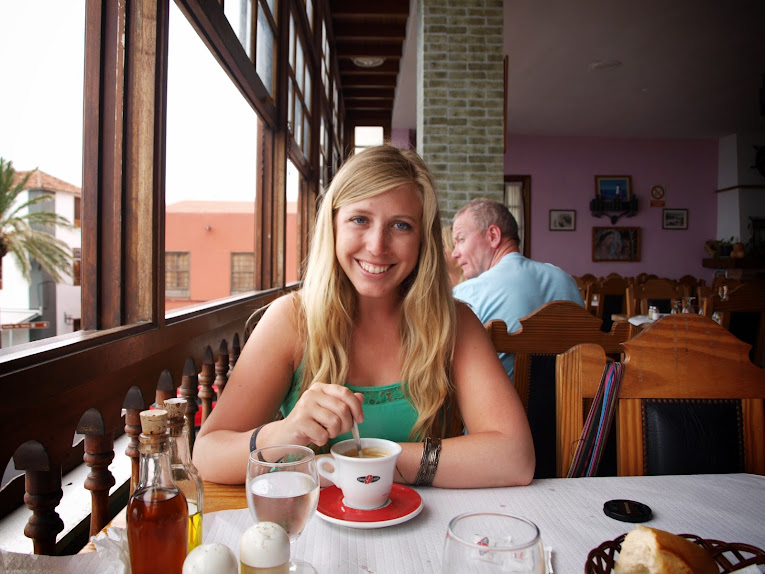 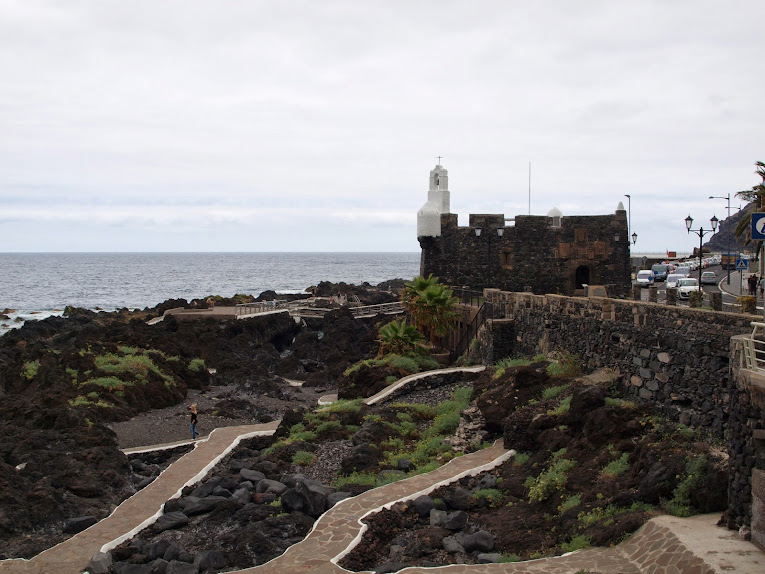 After lunch we drove some more and stopped to check out the Dragon Tree, which was originally thought to be around 1000 years old! Apparently some testing a few years back confirmed that it’s really only around 700 years old….but it is an old, crazy looking tree. Respect. 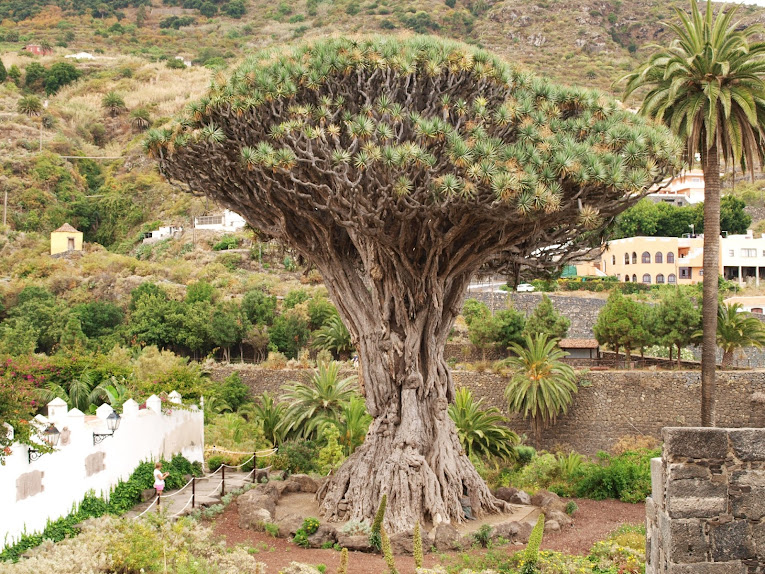 After that we reached our final destination, a little vineyard called the  Bodega Cueva del Rey where we were to have a wine-tasting.

Things got a little frisky at the wine tasting! A bunch of old drunk English people, and Lindsey and I….it was a lot of fun. And the vineyard owner had me read a little poem aloud to the group that had a dirty word in it, which was quite unexpected. 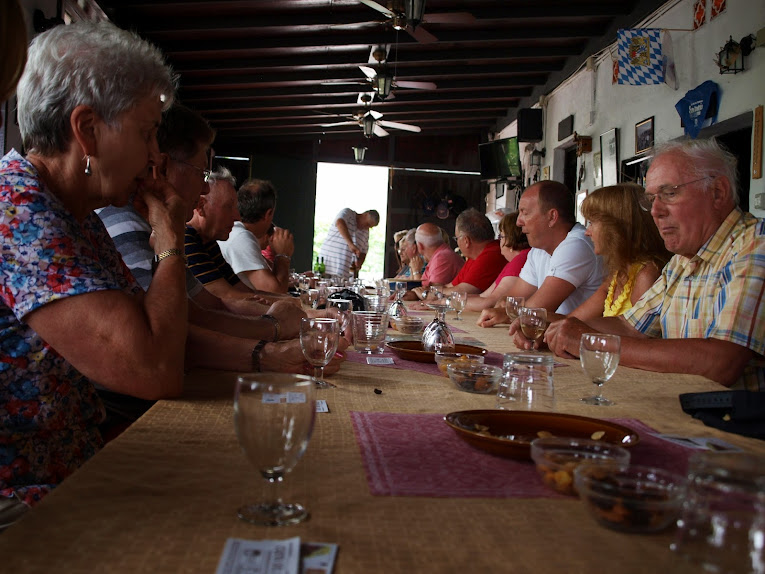 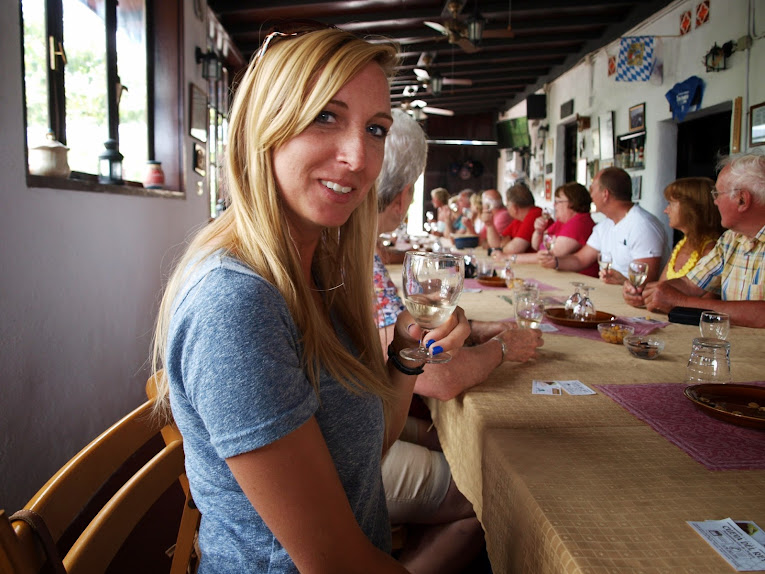 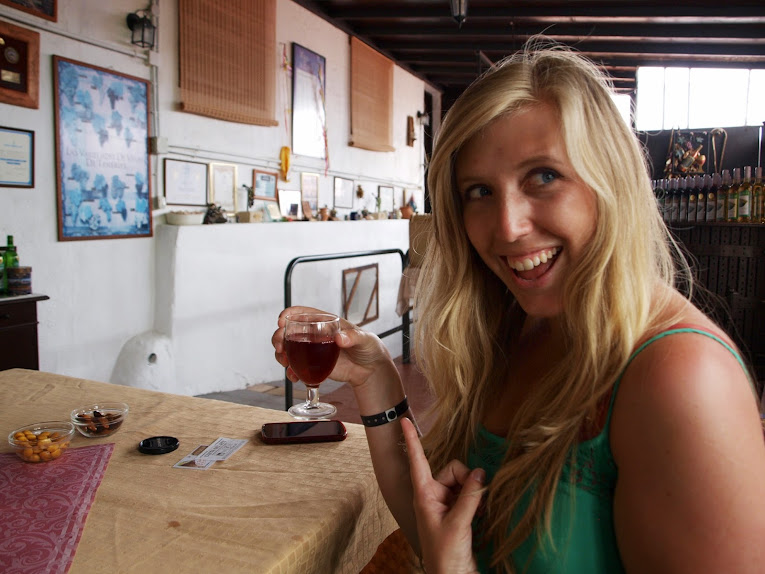 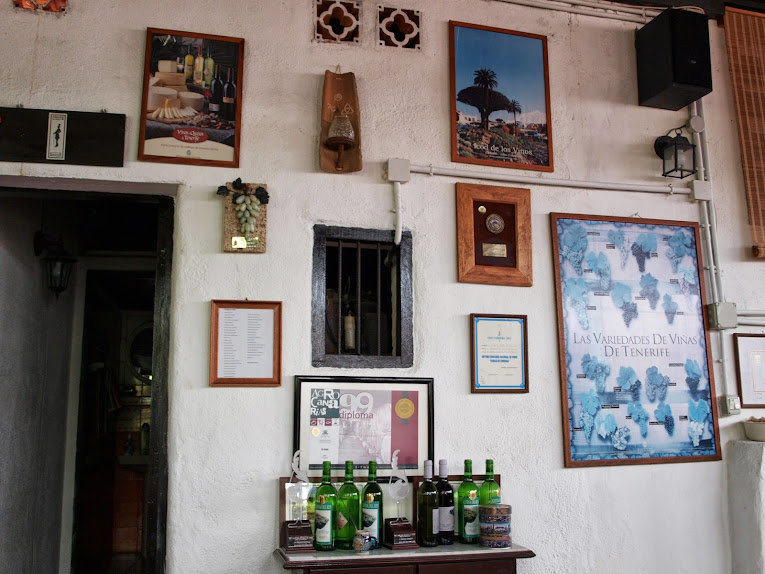 The owner-such a funny, nice dude. And his wines are great! Unfortunately he only sells them in Tenerife and Spain. Sad. 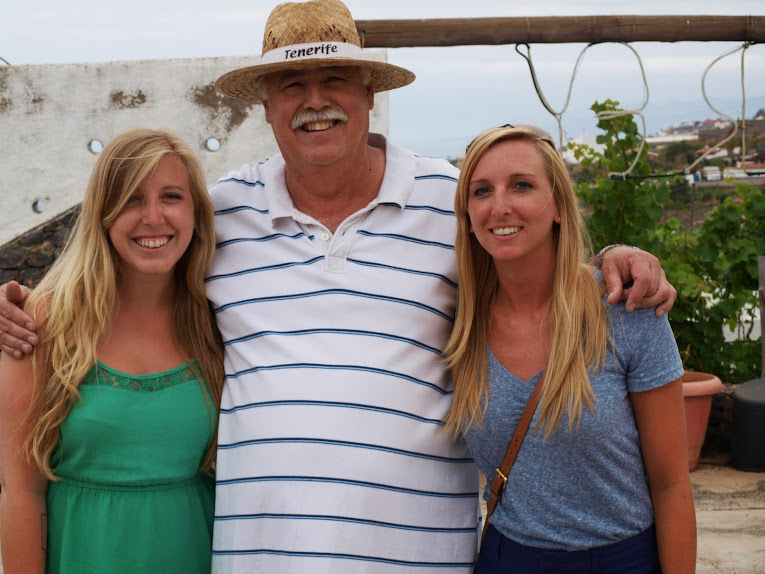 Finally we headed back to the little bus for another few hours of crazy mountain driving on our return to the south of the island. After all that culture it was back to the boozing and pool/beach-sitting, obviously. It was vacation, after all.

And that’s that, my Tenerife trip in a nutshell. You’ll not hear another word from me about Tenerife….most likely. No promises!