I have always been a dog person without a dog. Auntie to various dogs-seriously, there are a lot of dogs that I have very loving relationships with!-and my parents have dogs, but what with heading straight into a vagrant, poor person, jet-setting, living in a new country every year life after college, it never seemed responsible to get a dog of my very own, despite my near-obsessive need to ooh and ahhh and cuddle any dog that comes into my line of vision. 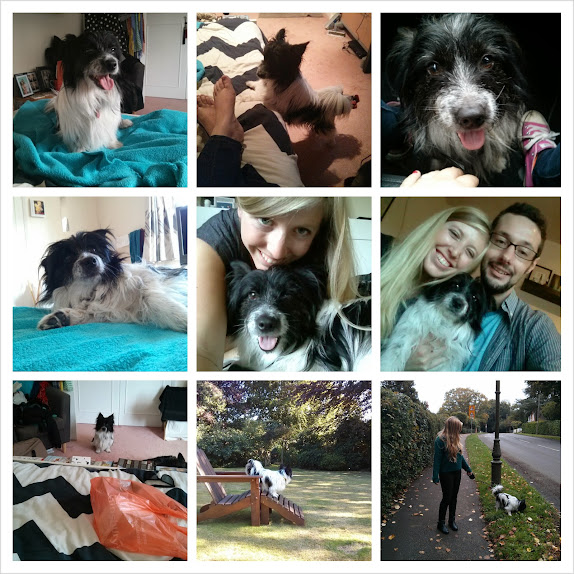 I didn’t want to turn into a person who only talks about my dog on the internet, but then I accidentally became a person who doesn’t talk about him at all and it’s just not right! His furry little face brings us so much joy and happiness and all that other soppy mess. He’s awesome. And before he came to us, I don’t remember smiling nearly as much, even though everything was just fine then, too. And I guess I just want to say that. It feels like we’ve always had him. Bruce is the best. And now I’m a dog person with a dog….or three. Since we all know how much I love Max and Spud too. But that Bruce, man. He’s fitting in to this little family just fine.

7 thoughts on “An update on Bruce Forsythe Sheets-Norris”