I have been tearing my hair out, preparing a million documents and answering pages upon pages of silly questions so that I can get this visa and be done with it. So here are a bunch of pictures of the dogs. 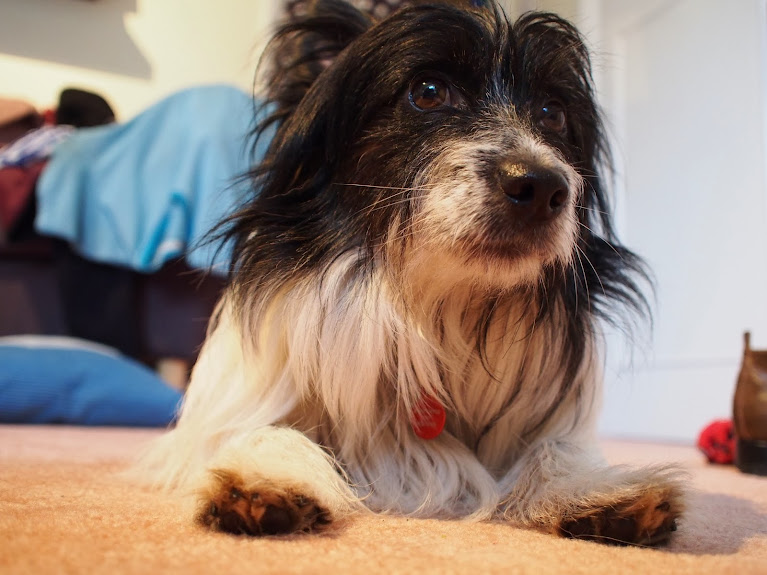 Some people may wonder why Spud and Max aren’t so visible around here anymore (anyone…..anyone? Bueller?), and it’s not that Jon and I wanted it to be that way. No sir-I was trying to make a three dog wolf pack, but the dogs weren’t having it. Since Bruce came around, he’s sort of become the de facto alpha dog, and that means that rather than chill in our room like they so often used to do, Maxi and Spud much prefer to be far away from the younger rapscallion and his turf (aka our bedroom). Also the difference in energy levels of the three pups means that it’s hard to coordinate walks, so whereas we used to take the two older ones off Jon’s parents hands at every opportunity, that quickly became nearly impossible to handle while catering to everyone’s needs. One 4 year old with endless energy, versus a 12 year old with hardly any teeth and a bad leg, and a 13ish year old who’s stone deaf at this point? Yeah. We learned our lesson. It doesn’t mean we don’t love all three though! And sometimes at the weekends we can still take staggered walks with all three-one up front with crazy Bruce, the other with the older two lagging behind at a leisurely pace.

When and if we ever manage to move out this house, I’m going to miss coming home to all three of these wagging tails.”