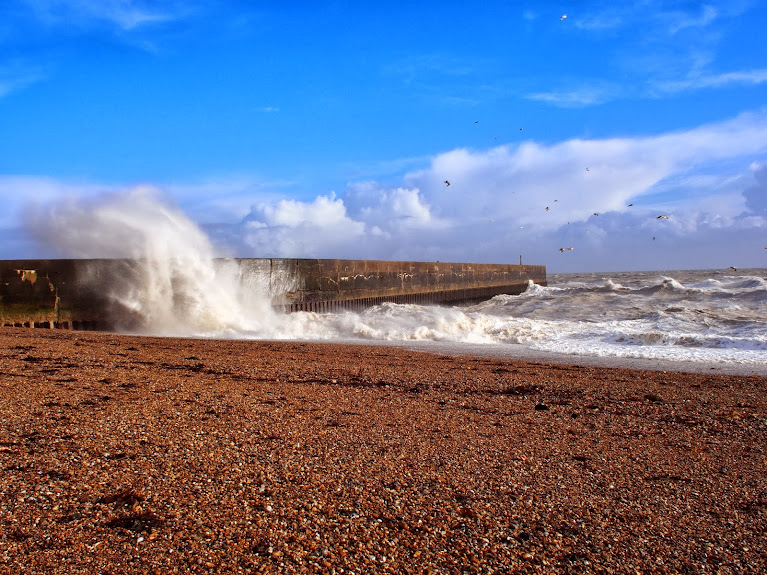 While my loved ones back in the States deal with one of the harshest winters in recorded history, we here in England have been dealing with what has been officially deemed the wettest winter in 250 years. It’s been a rough time out here, with hurricane winds even on the (rare) days without rain, accompanied by seemingly endless downpours on most days, and sometimes some giant hail in there too, just to keep it interesting. This has led to flooding all over the country, and knocked out loads of the train tracks (which were already in terrible condition anyway), as well as power lines and huge trees. Last night, Jon announced to me that Southern Rail had already put out warnings for this morning’s commuters announcing difficulties and delays/cancellations, so Monday morning was an extra good time for everyone, I’m sure. Thankfully our proximity to the sea means we haven’t had as much flooding here in the South-all this extra water has somewhere to go (the English Channel), unlike on the Thames flood plains, which literally cannot hold any more water and are past bursting. Here near the coast, we’ve been dealing with the ill effects of heavy rain and wind, but there hasn’t been as much all-out destruction as in the South West. 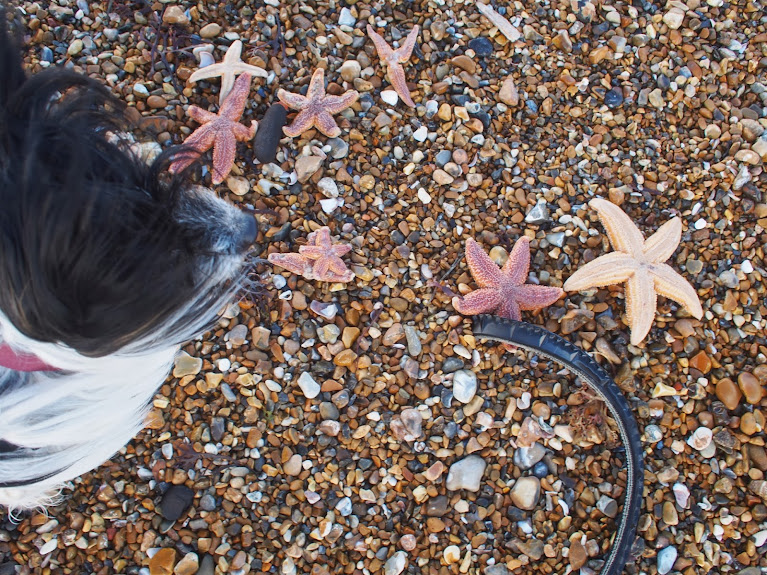 Over the weekend it stopped raining for a bit, so we took Bruce out to Shoreham, the city along the coast just west of Brighton, to check out the damage the storms have been doing down there. Also did I mention we bought a house in Shoreham and we’re moving there next week? We did, and we are, go team Sheets-Norris! But since our flat (it’s not a house, it’s a flat) is on the river front, we were slightly apprehensive about how high the river may have risen since we last saw the place several weeks ago. After finding out that the river was high and fast, but not yet dangerously high, we drove down to the end of Shoreham and parked at the harbor. 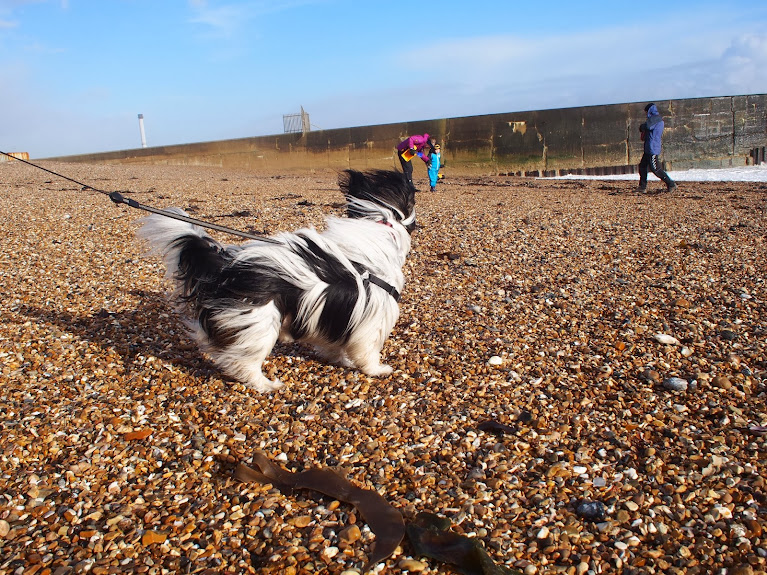 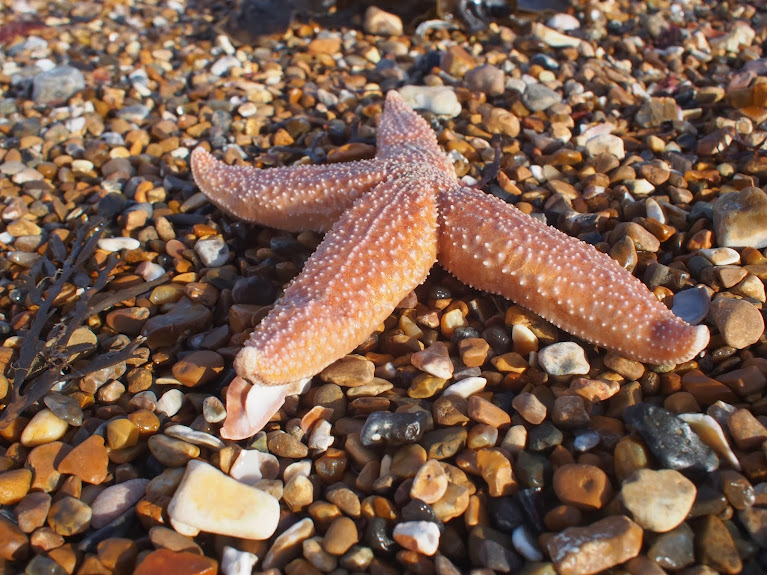 Strangely and happily, the sun was blindingly bright. I’ve noticed this side-effect of the terrible weather-the high winds seem to expose more sunshine than I can remember in recent history, removing the ever present layer of low cloud that rarely seems to dissipate.

Fighting intense winds that made it hard to move forward at all, the sea spray whipping our hair (okay, mine and Bruce’s hair, Jon was fine) and stinging our eyes, we watched the hypnotic scene with a few other curious onlookers. The sea was churning itself into a frenzy, the waves crashing against the breakwater leading into the harbor itself. I’d never seen it like that, and had a real nature-is-terrifying-and-beautiful moment. Hundreds of dead and dying starfish and crabs had been washed ashore. It was hard to avoid stepping on them, poor things. 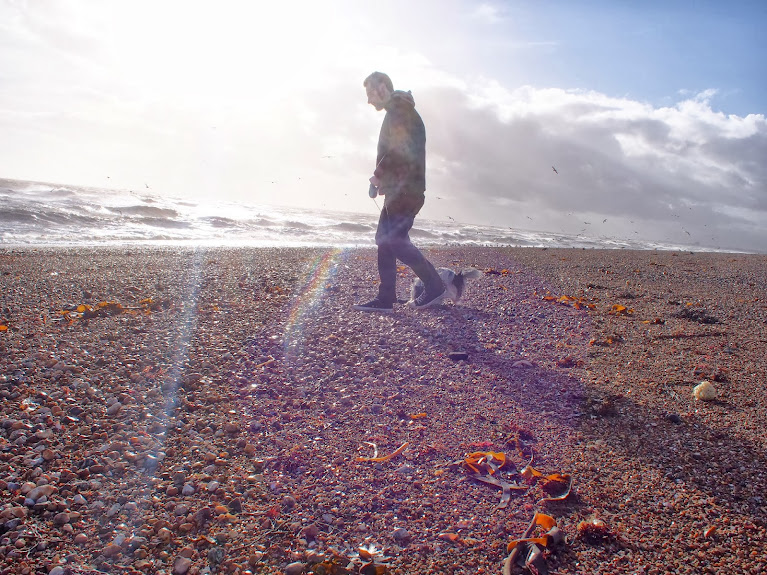 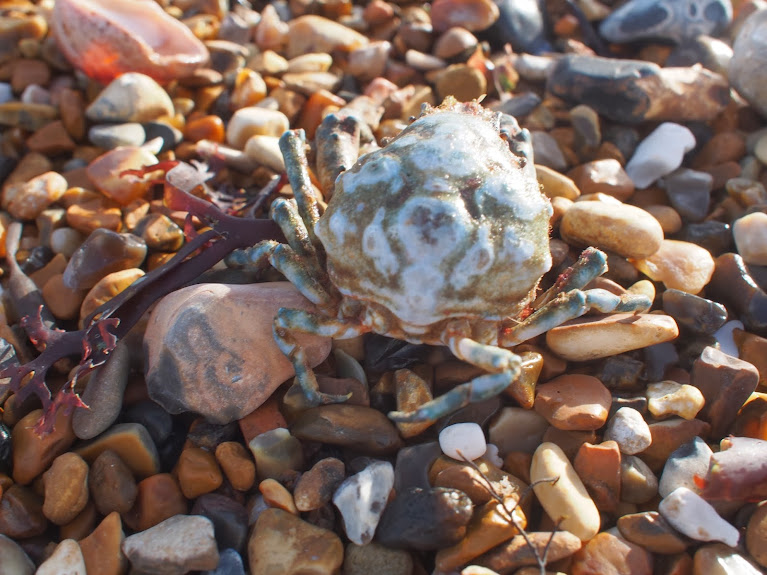 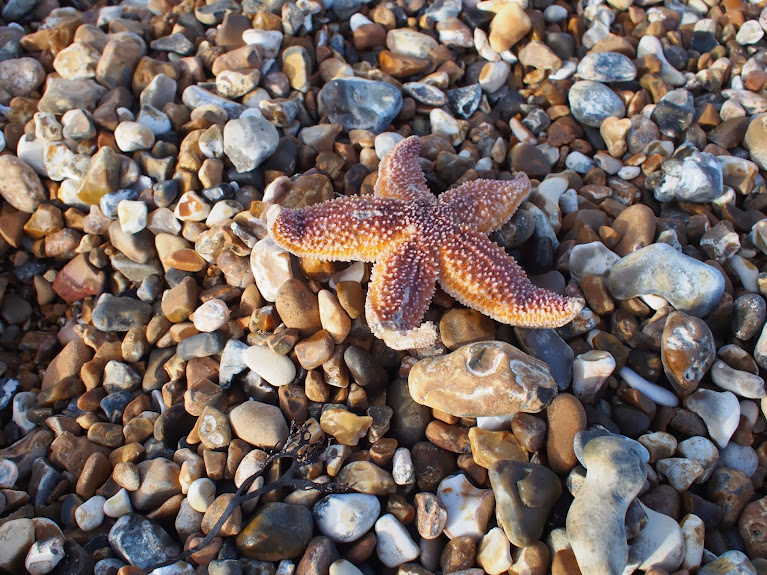 A few brave souls put on their wetsuits and took their paddle boards to the harbor entryway, riding the waves into the slightly more gentle waters of the harbor. 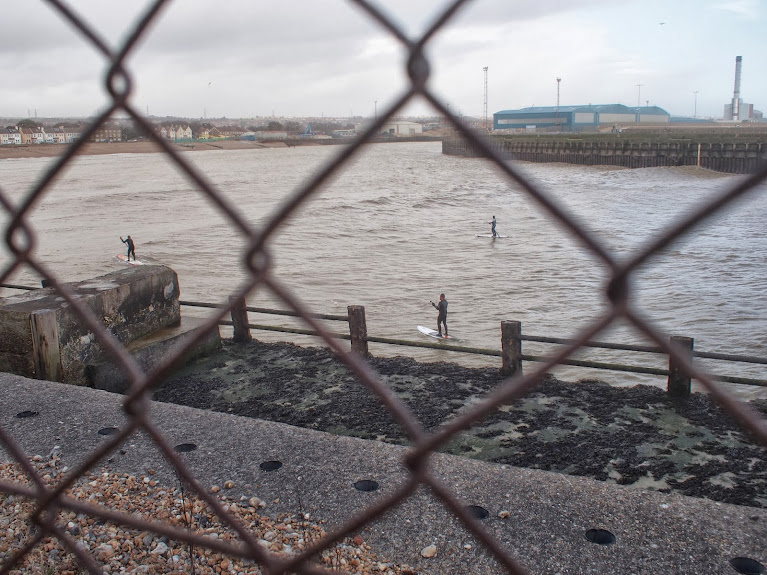 The birds themselves seemed to be stuck in motion in the air, dipping here and there in the same small amount of space, never making much progress. 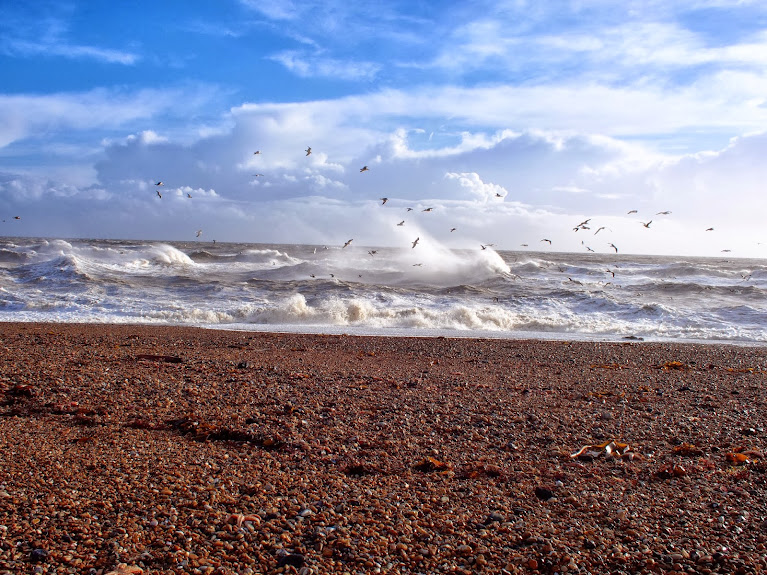 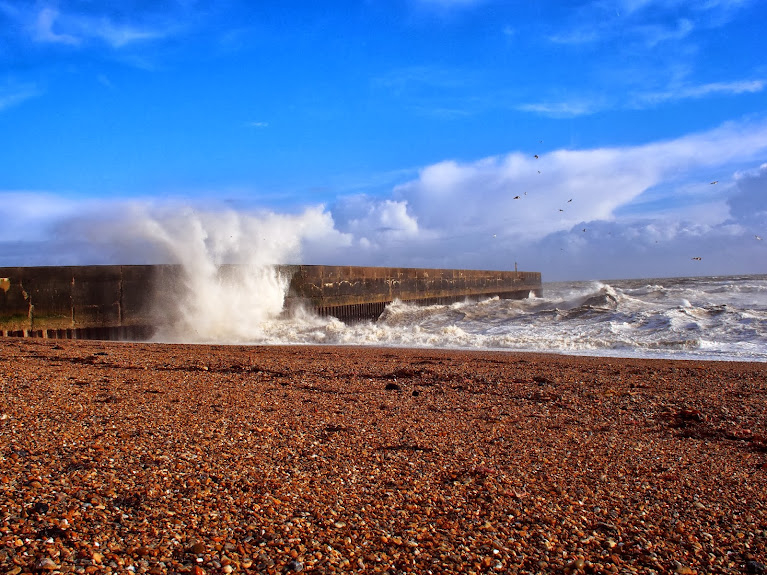 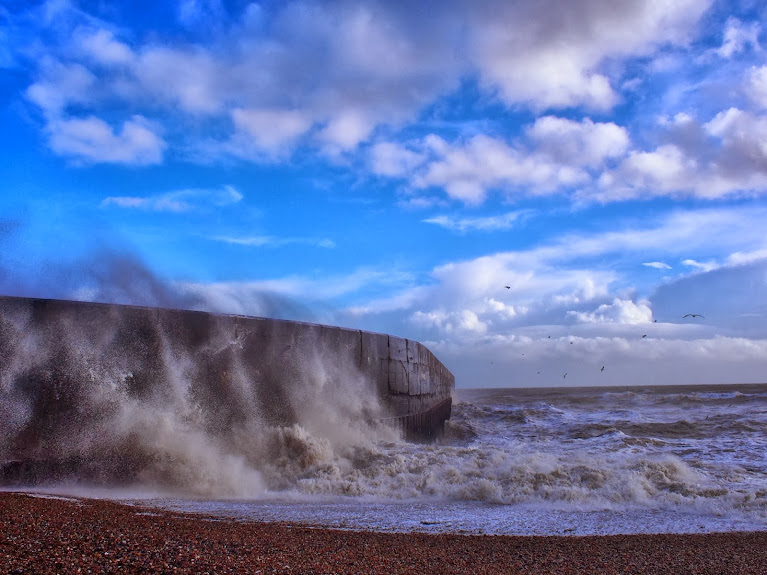 I have no idea how much longer this weather will last. There seems to be no end in sight, at least according to those who know a lot more about this sort of thing. And I don’t know how much more the country can take-and even if things stopped right now, it’d take months for everything to dry out. Talk of flood protections and dredging are moot at this point. I’m grateful for our slightly drier climes, with our proximity to the sea, ironically, keeping us safe.

4 thoughts on “Weathering the storms”