Today we spent Easter with Jon’s family, having a nice lunch, drinking some vino and listening to Jon’s grandpa give everyone advice on every part of their life, as he does. Old people, amirite? He’ll be 90 in July, so….you can’t really be mad about that, he’s earned his grumpitude. Our nephew, who will turn one in just a month, was there as well, chasing the three dogs around and being generally adorable, as one is before they are able to walk around. It rained torrentially and was mostly miserable until the moment we left to get the train, at which time it turned beautiful and the sun came out to say hello (to “put his hat on”, as the English say) while we made our way back to Shoreham!

With Jon’s family I never want to take many pictures that include them, as I’m not trying to be a photo creeper (and things end up on the internet anyway, which not everyone loves, I’m sure), and that moral dilemma leads to the photographic evidence of these gatherings actually just looking like Jon and I hanging out in a different place. But so it goes.

We had spent the night with the in-laws on Saturday, which was strange and constituted our first overnight visit to Lindfield since we’ve moved out-we had to stay in the guest room! And our old room, which is not the guest room, is still mostly empty, with a few random boxes in it, just waiting to be redecorated. Things are so different now, a short two months or so later. Bruce was really weirded out since he hasn’t been back to Lindfield for an overnighter since we moved out, and he just didn’t know where to go. 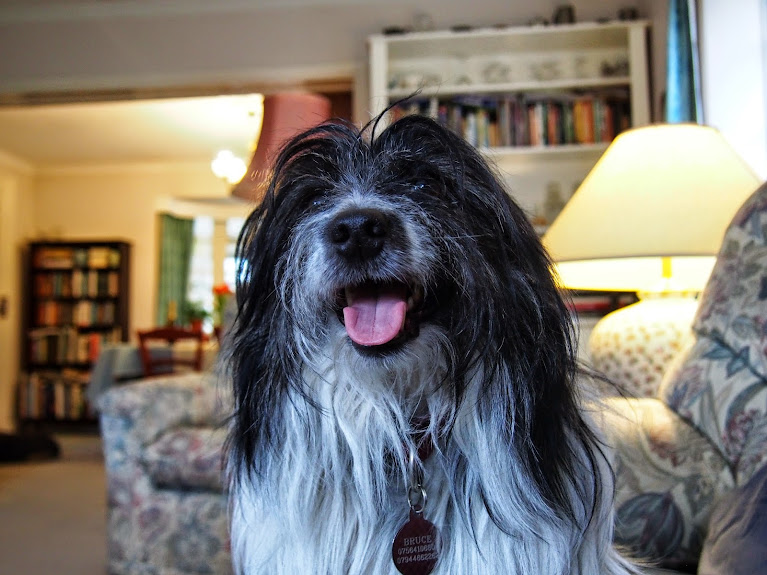 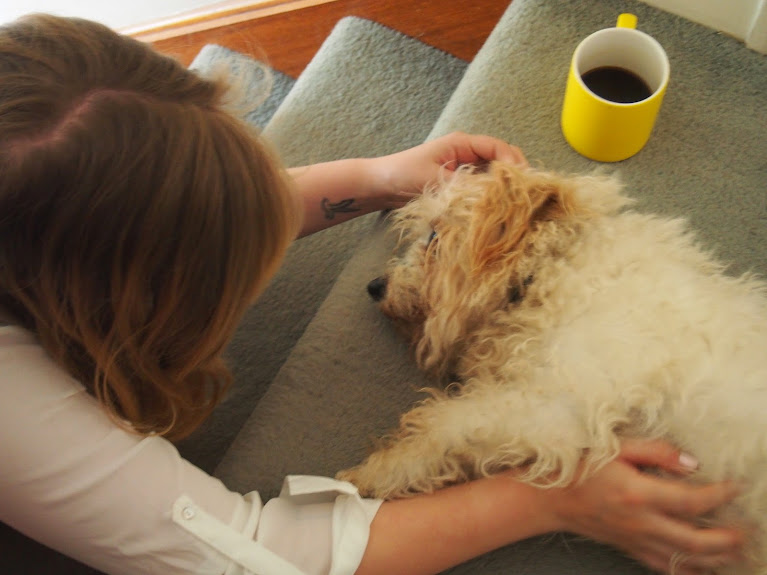 I had the chance to get some Spud cuddles in and wear a face of fresh, delightfully springy makeup, which was a fun change of pace. Take that rain! And say hello to my electric toothbrush looming in the background-my oral hygiene has really stepped it up in the last year or so, in case you were wondering 🙂 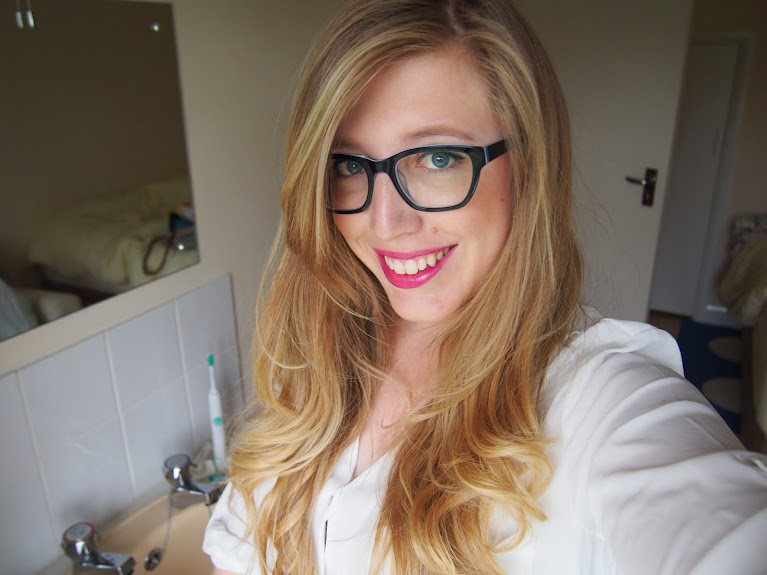 At some point a very dusty keepsake box was brought out, having recently been unearthed by Jon’s mom at her father’s house. We flicked through the black and whites and remarked on how similar everyone in the family back then looks to everyone in the family now, and also on how um….interesting it is that those high-waisted trousers are coming right back around into fashion. They totally are, right? 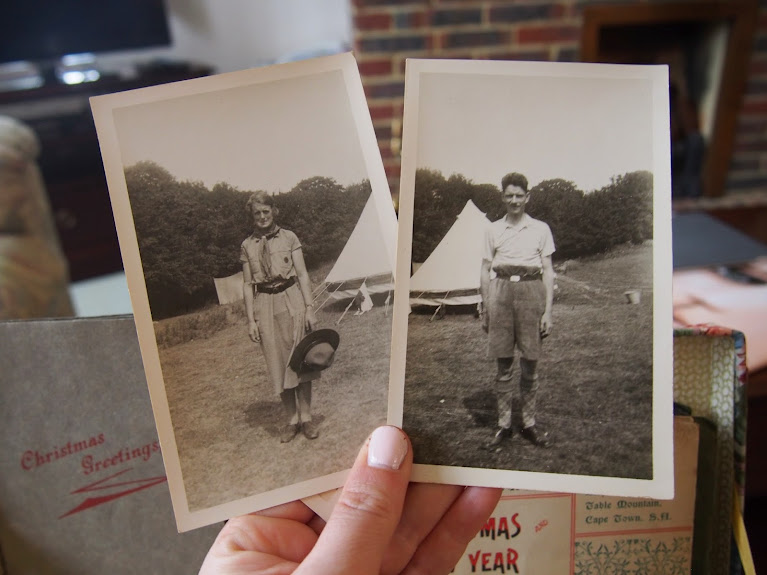 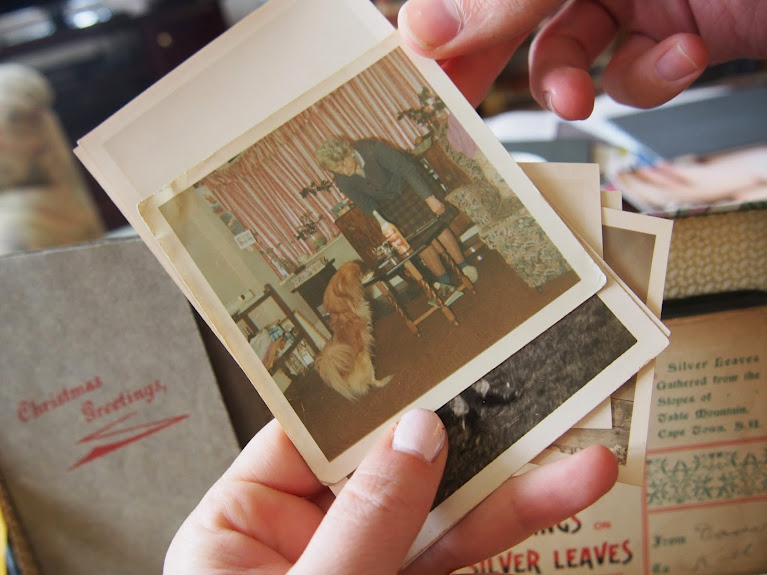 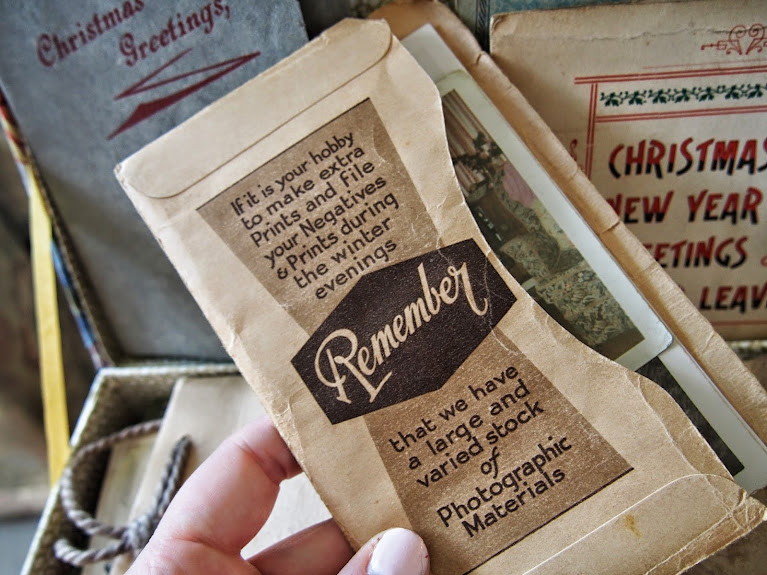 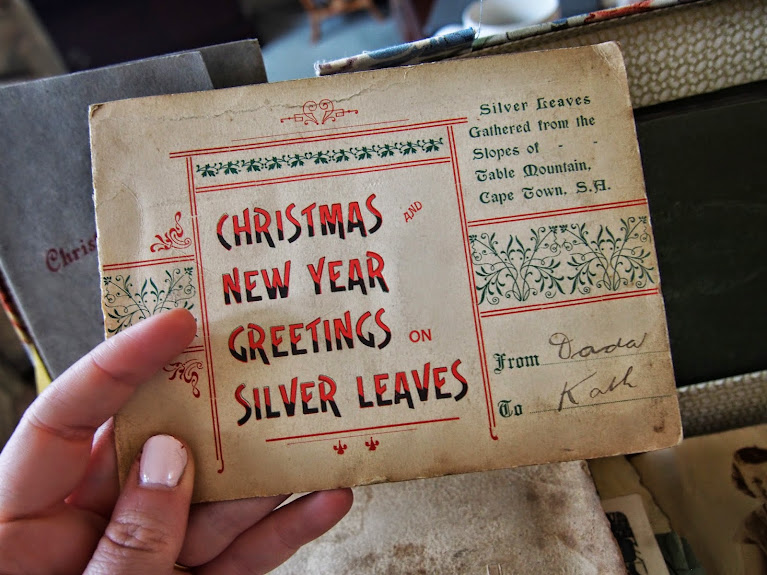 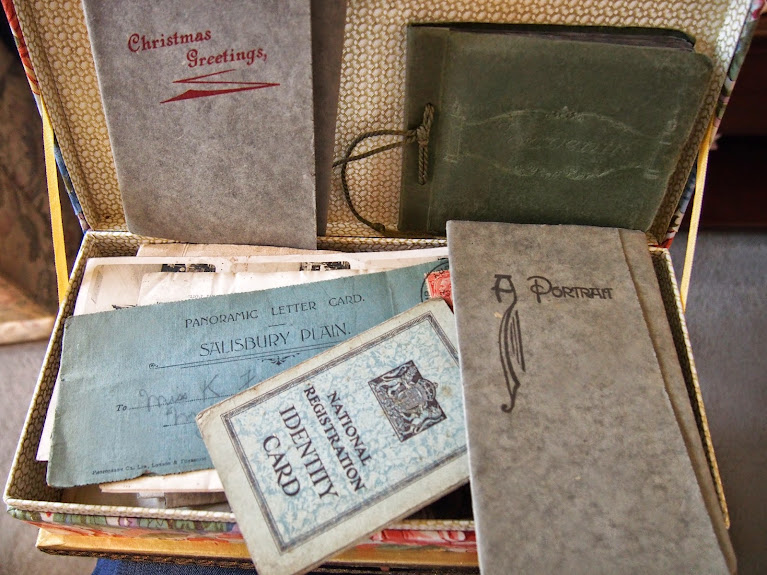 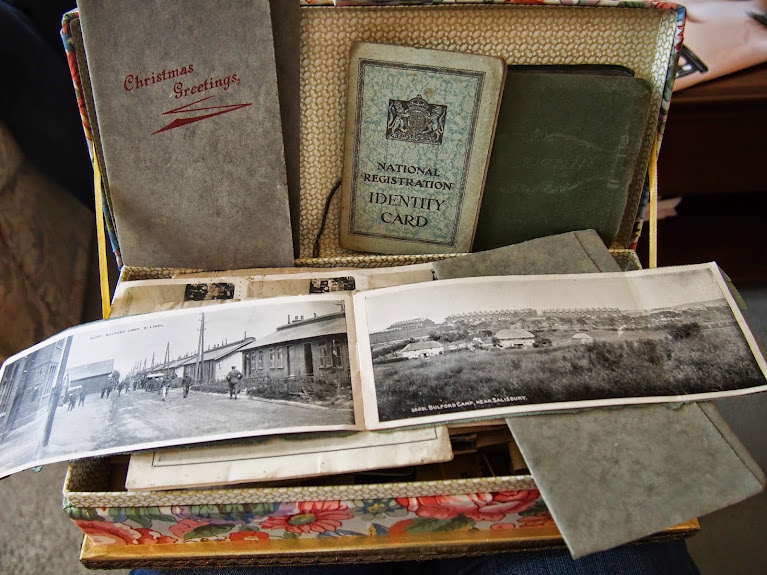 Sometimes, on days like these, I get a bit jealous of how much Jon gets to see his family and how little I get to see mine. The right to argue about how annoying your family actually is a privilege, at the end of the day. Think about that. I’d pay a lot of money to be getting into a shouting match with my mom and/or sister, is what I’m saying here. And also, there’d be a ham to eat, and deviled eggs, and I had to do a 5 minute in-depth tutorial on what deviled eggs are and how you make them today, which made my heart hurt. But at least I was able to skype with my mom and dad, respectively, which hasn’t been an option since moving to Shoreham (where the river is delightful but the internet is complete shit). Silver linings!

A topic of conversation that came up was how different the Easter traditions are in the UK and the USA. As with most things, the US version is based on heavy consumerism-huge overflowing baskets full of toys for the children, lots of chocolate and candy and sugary treats, and the baskets and gift giving getting bigger and more ostentatious with every passing year.

In the UK it’s a lot simpler, generally speaking. No baskets to speak of whatsoever. Instead of a chocolate bunny, it’s a large chocolate egg, hollow, filled with little treats (mini-chocolates and the like). Cadbury creme eggs, here and there. And the egg hunts are much more rare, with eggs that aren’t usually real, hand-dyed, hard-boiled eggs. So really, kids get a large chocolate egg and that’s it. And the true treat is the whole country taking Good Friday and Easter Monday off of work/school (a fair trade, in my opinion)!

The longer I live here, the easier it seems to conform to these slightly less materialistic standards, and even to cast a wary eye to their American counterparts. The pressure just isn’t here, the way it is in the States. And thank God for that-that’s a fair amount of money spent on straight sugar and turning Easter into the new Christmas. Too expensive for basically everyone. Anyway, I’ll get off my little observational soapbox (I do have a few chocolates to eat, courtesy of Jon’s grandpa, so I am by no means blameless in the whole thing). For what it’s worth, I’ll take any holiday that gives a few springy days off, a nice meal in the bargain, and some time with loved ones to boot. Thanks Easter!

1 thought on “Easter in Lindfield”