I only know a handful of Americans here in the UK, but when I started working at my last job, I found myself working with a guy from New Jersey who had moved here to accompany his partner while she got a PhD from the University of Sussex.  Since I was only working with 8 people we made up a pretty big ratio of Americans in that place! So anyway, these two are super cool people and on Saturday they had us over for a great BBQ. It was so American in nature that I nearly burst into tears when I walked in the door. Red cups, jello shots, chips and dip, DEVILLED FREAKING EGGS, homemade mac and cheese……and to top it all off, it was legitimately hot outside, and after a hazy morning the day turned gorgeous and decided to just stay that way. I could have been anywhere-the perfect summer’s day in the sunshine with drinks and good people. And dogs, don’t forget the dogs. 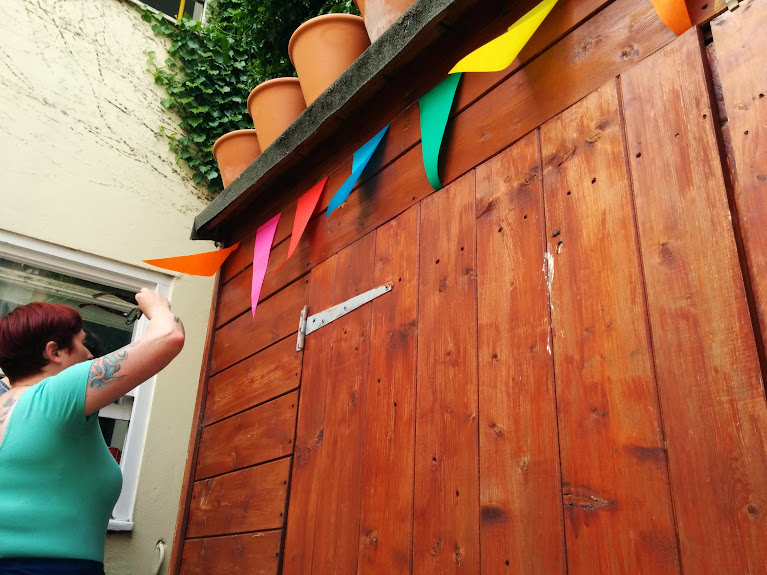 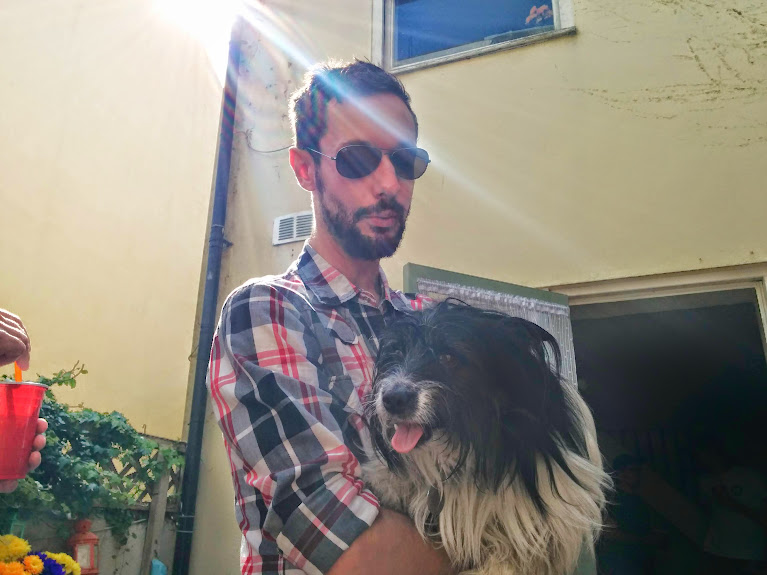 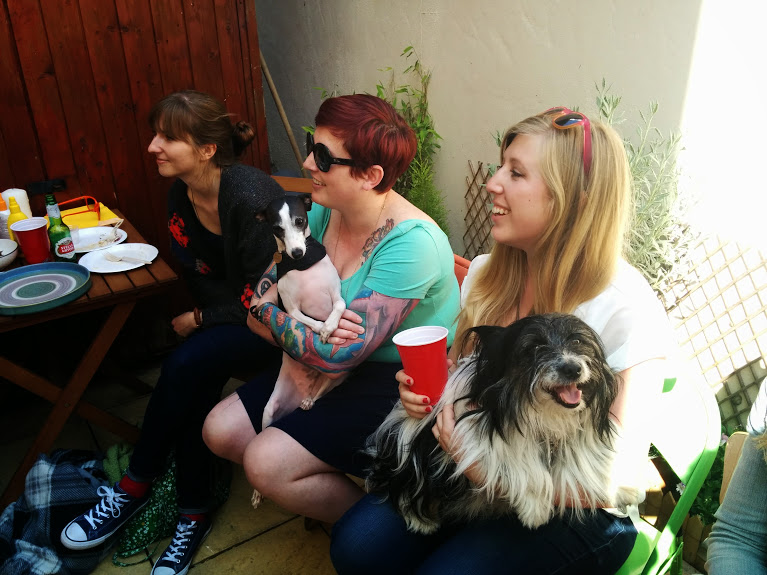 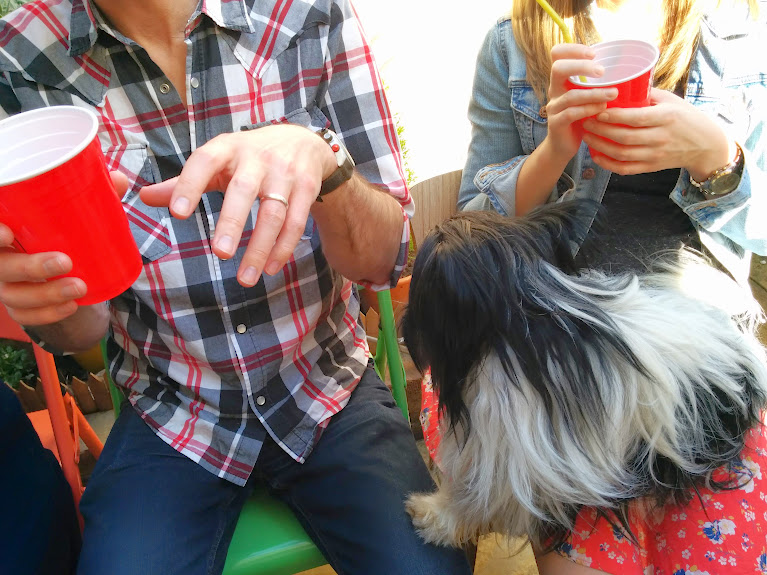 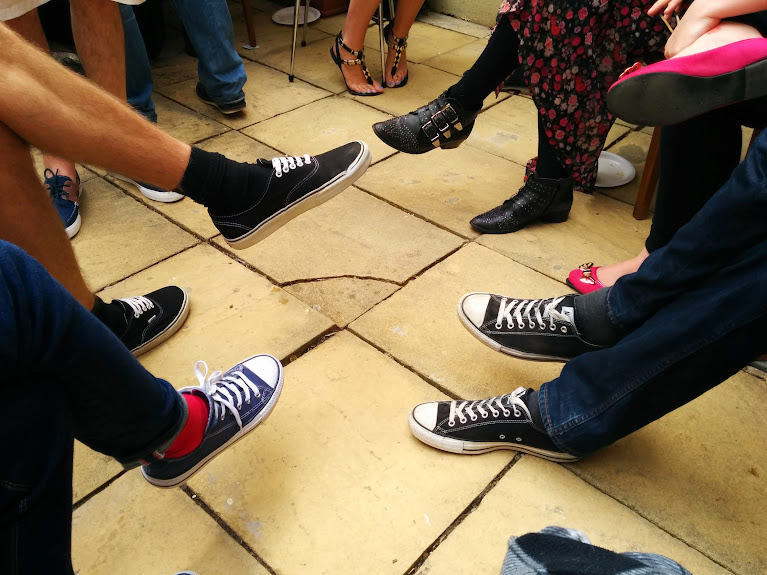 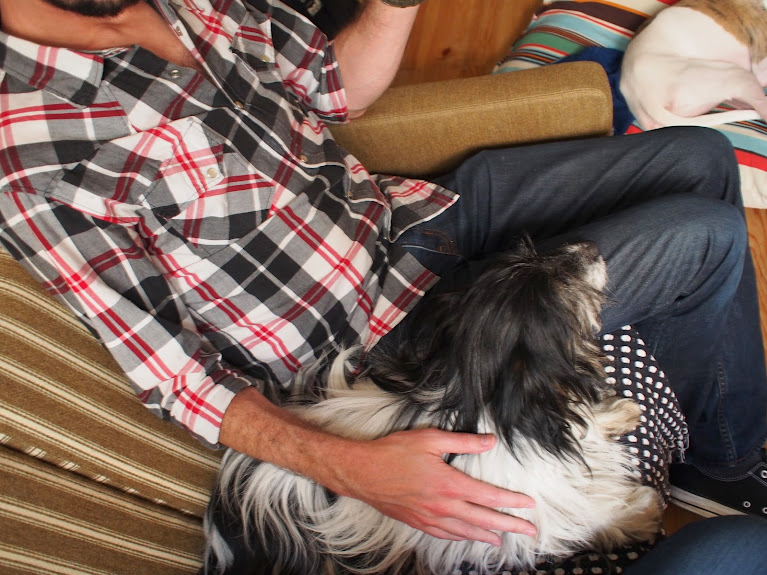 Sadly, I didn’t take a picture of the spread that we snarfed our way through. I can tell you’re heartbroken, and for that I’m sorry. But after giving the Brits on hand a tutorial on “how to take jello shots” here are pre- and post- photos for evidenciary purposes. 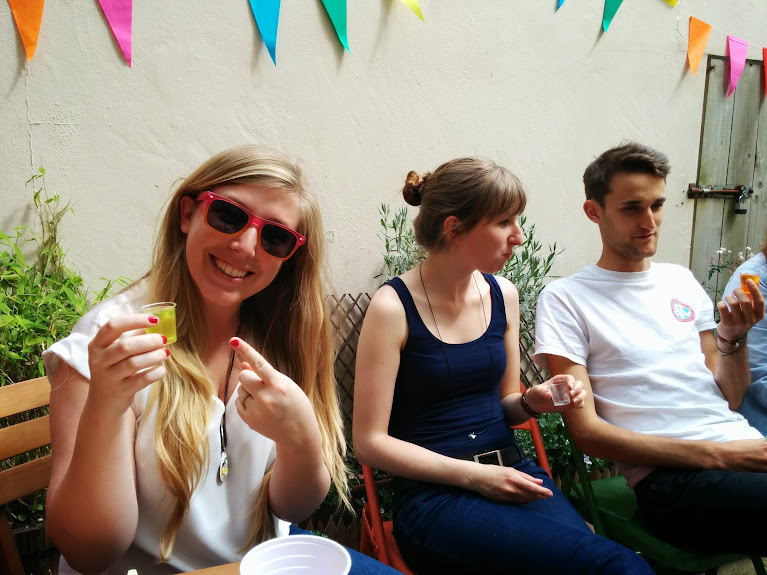 And while the dogs in attendance didn’t all love each other, they got along eventually! 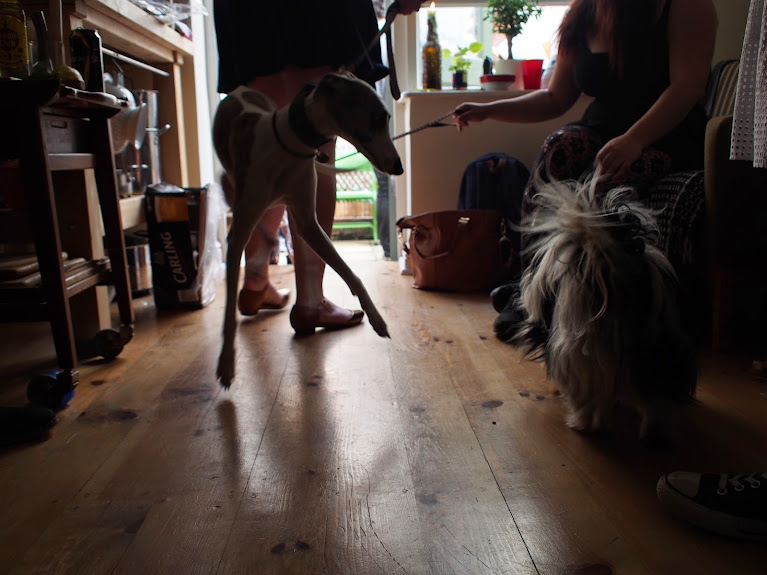 Sometimes it’s funny, the things that are actually different in these two countries. You’d think summer barbecues would be something that everyone did the same way, but it’s those little things that get lost in the mix-and having just a few more people around here in my life with that sense of the mundane makes it just a bit sweeter.