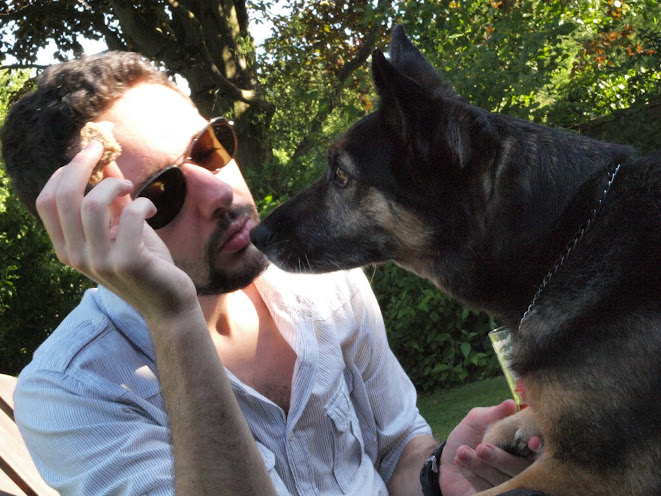 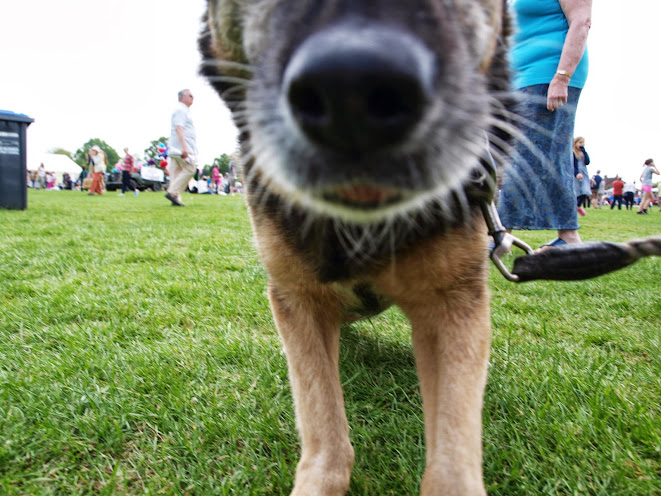 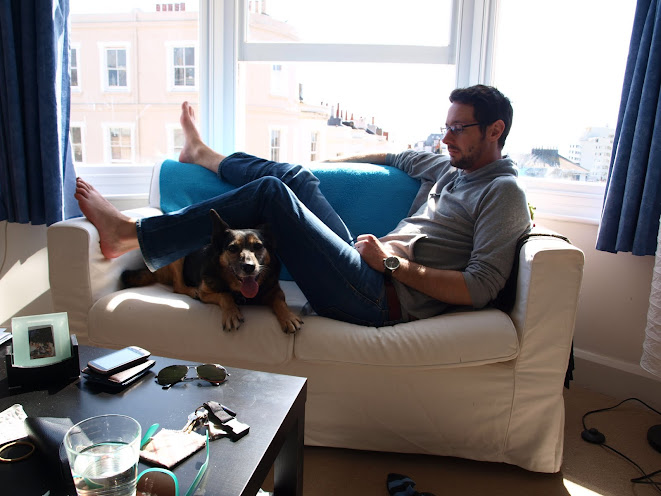 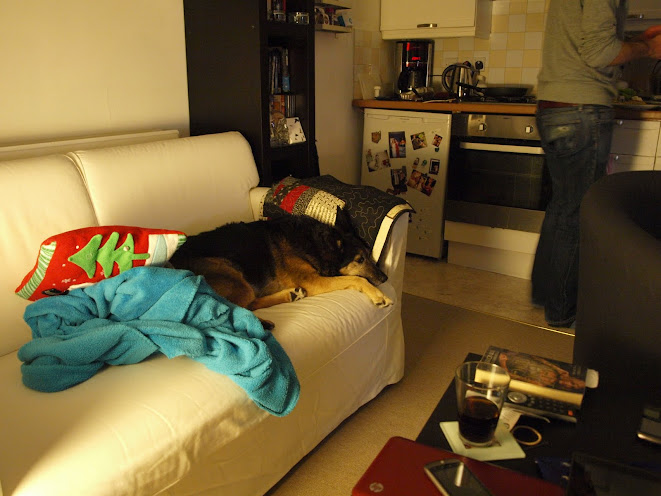 When Jon was 16 he and his sister went to a local rescue shelter and picked out Maxine. She had a wonky paw from getting hit by a car, and the rescue people thought she was 2 or 3 at the time, and had been used and abused as a breeding dog. They took her home and while she eventually became a very good girl, she was always a bit skittish, and always hated men in hats, probably because of her first, abused life.

The past year or so she’s been having issues with her kidneys, and while she’d gone completely deaf a while back, she was still as sweet and loving as ever. Last week Jon and I were at Jon’s parents’ house for some birthday celebrations, and she was looking particularly fragile-fur coming out, trouble standing up, let alone walking. Things were getting worse. Yesterday Jon’s mom called him and let him know that she had died, that her kidneys had packed it in and the vet couldn’t do anything for her. We were out running errands in Shoreham at the time, and walked into the St Mary de Haura cemetary to sit down and hold each other and cry, with our own little dog looking at us, very confused.

The very first summer I came to England, I wasn’t allowed to work. Jon had a job and we were staying with his parents. I spent whole days holed up with gentle nurse Maxi in Jon’s room, reading books and watching tv and not knowing what I was doing with my life. She was a good companion and I don’t know what Spud’s going to do without her. But 15 (or 16? or 14?) is a good life for a good dog, I think. We miss her. She was such a good girl.