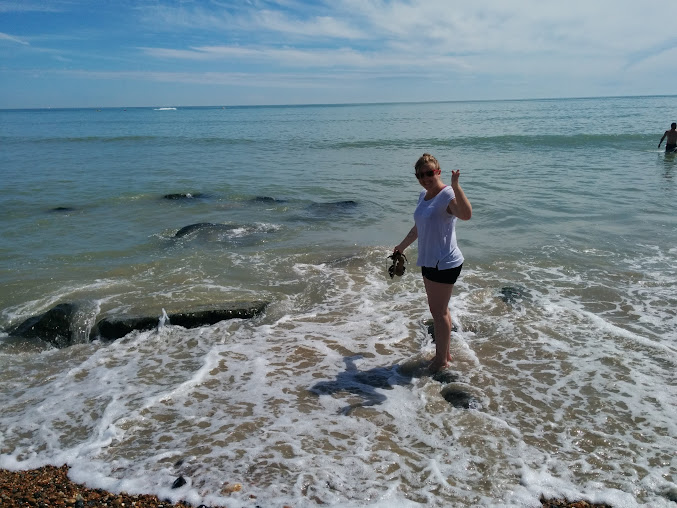 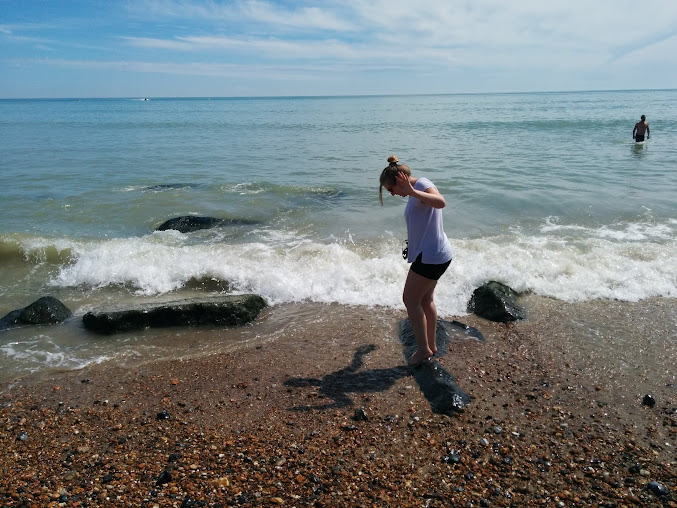 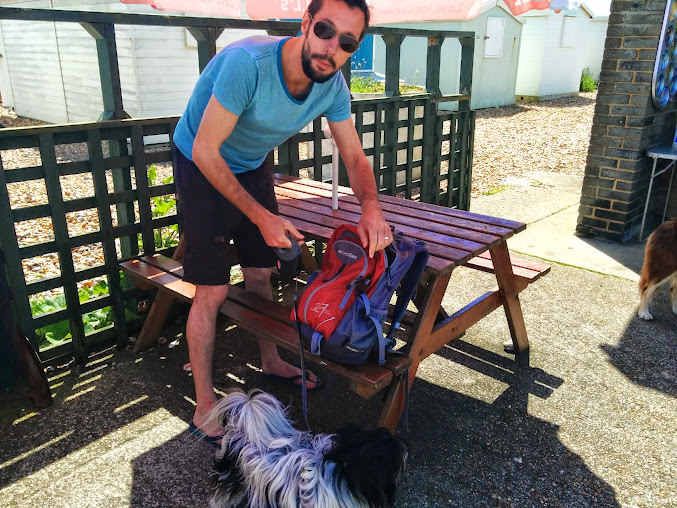 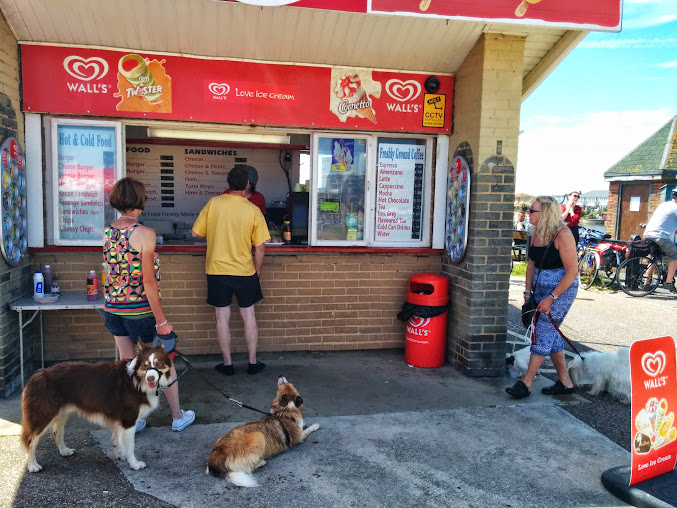 Up until two days ago I’d never actually bothered to step foot into the English Channel. The sea is cold and scary, and England just doesn’t get hot enough to warrant  taking a dip, even when it’s hot enough to lay on the beach in a bikini, getting your tan on. Or at least, it didn’t use to warrant worrying about. But what with last summer being pretty amazing on the weather scale (an anomaly!), and this summer already shaping up to take the same path….well, let’s just say I might be taking a swim sooner rather than later. Or at the very least, learning to paddle board. My dream!

Anyway, on Sunday Jon and I took advantage of the sunshine and heat and went for a long walk along the beach/sea front. It was much hotter than I’d expected-even the idea of going outside in just shorts and a t-shirt is still sort of novel for me, here, since even the nicest of summer days have chilly breezes. So I have a tendency to either over dress because I assume the worst, or under dress because I’m willing the weather gods to make it nicer out. In this case, a tank top rather than a t-shirt would have prevented the awkward sunburn that I eventually got on just the left side of my neck. Oops. Also, and on a completely barely connected note, we need to buy a beach hut! They sit vacant for so much of the year, but when the sun comes out I am ultra jealous of the people whipping out their bathing suits and sitting in cool chairs in front of their huts, drinking beers, listening to music, bbqing with all their friends….dreamy summer stuff right there.

But anyway, we walked, and Bruce was sweating his little furry butt off, and after reaching the halfway point (which is where we stopped for ice cream, along with every other dog owner in a five mile radius) we hung out on the beach for a bit.  Jon went for a little swim, and also dropped Bruce in the sea for the first time, which was very adorable. Turns out Bruce loves water like ponds, rivers, etc, but does NOT enjoy waves on the beach. Lesson learned! Then I followed suit and went in-just up until mid thigh height or so, no actual swimming, and we slowly started the journey back home. It was….hard to walk with all the rocks, ha. But there are sandy parts in there that I didn’t even know about! We could have been in Florida or something, my stupid Ohio brain would have had a hard time telling the difference.

If you’d like to see Bruce’s first sea/ocean/big water experience….here ya go. He’s a cute cute cute little dude. And there is still a lot of sand in our house, thanks to that massive furball.