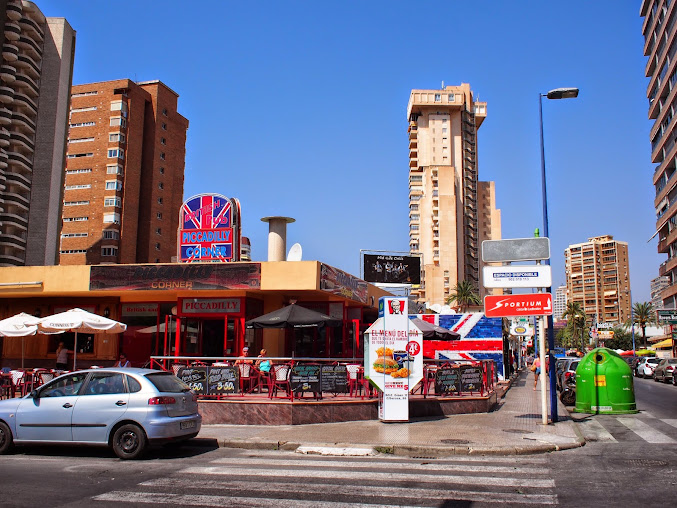 When Jon told some of the people at work that he was going on a holiday to Benidorm, he received a variety of responses, all in the same vein. These are two of the real ones he told me:

“Are you going ironically?”

“I thought you and Ashley were into cultural things?”

When I answered the question “oh, where are you going?” with Benidorm, I got either a laugh, a “really?!”, and once, from one of my clients, a sweet party-down style fist pump into the air. In that case, I was the one who laughed. That fist pump was pretty awesome.

But these responses are really indicative of the ways that English people look at holidays. In a country where a much much bigger segment of the population can take a holiday or two a year than in many other countries (and need to take that time off work, or risk losing those days altogether), on top of the fact that traveling abroad is super cheap when you a) have the still-pretty-powerful pound to spend and b) a two hour flight out of London can put you in Africa or anywhere in Europe, well, some places have become known for some things. Not all good things, either.

From what I understand, it was in the 1980s that a larger number of working class Brits started to have the expendable income and time off work to go on vacation every year, and this is when some places-mostly in Spain and on islands in the Mediterranean-became known for the “unsavoury types” that were taking advantage of the cheap prices and sunshine to get really drunk in the sunshine. The saying goes that this type of vacationer doesn’t want any culture, and just wants ‘England in the sun’.

This is how places like Benidorm, Lanzarote, Ibiza, Magaluf, Falaraki, etc have come to have the reputations for being places where English people go to get shitfaced in the sunshine, eating full English breakfasts every day in a terrible pub owned by a British expat that shows British tv, getting incredibly sunburnt, all the while being angry that more of the locals “don’t speak English” and trying to get naked with a local dude/lady (they aren’t completely against culture, if it’s sexy!). Some are known more for young people going to party on their gap year, others for being popular for families, and still others for old retired folk (pensioners) who have migrated into the sunnier climes in their older years. But all have reputations. 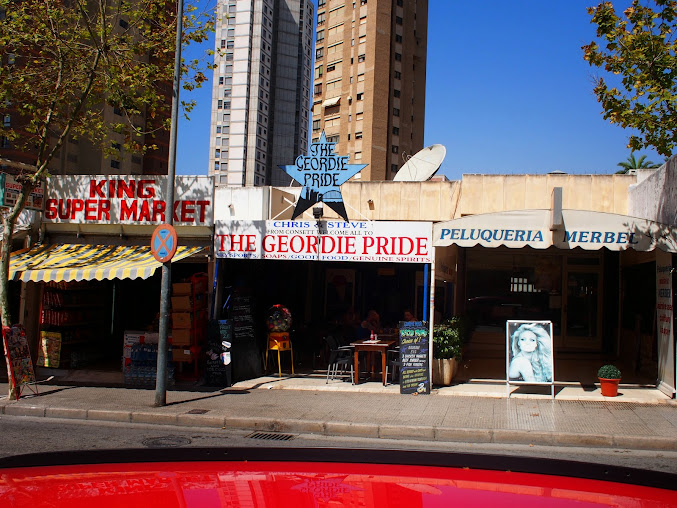 This bothers me though.

The classism involved in saying that one place is for a trashy holiday while another place is culturally appropriate is mostly idiotic, and thoroughly steeped in the idea that some places have culture, while the influx of drunk Brits has eroded the culture of other places. But that can’t be true. And isn’t. Everywhere has culture. That’s how culture works. It’s a matter of looking for it.

This year, Jon and I wanted to take a lazy beach holiday, something we’ve never done. We went to a part of Spain that is cheap. We had a great time. It was not “trashy”, although there were some potentially trashy things going on in some places (the same could be said of some of the shit bars in Brighton, or New York, or anywhere really). But no, we didn’t go to any museums or look at anything particularly culturally significant. That doesn’t mean that section of Spain is devoid of culture.

Last year, Lindsey and I went to Tenerife, another cheap and cheerful holiday destination that is fairly popular with the stag/hen do set (also known as bachelor/bachelorette in the States, except for in the States no one would take all their friends to Miami for a week just because they were getting married….or would they? Maybe I need fancier friends!). There were lots of folks there just to drink in the sunshine by the pool and on the beach. There were also great restaurants, traditional flamenco dancing, a bus trip to some old villages on the North side of the island, and day trip up a cool ass volcano. 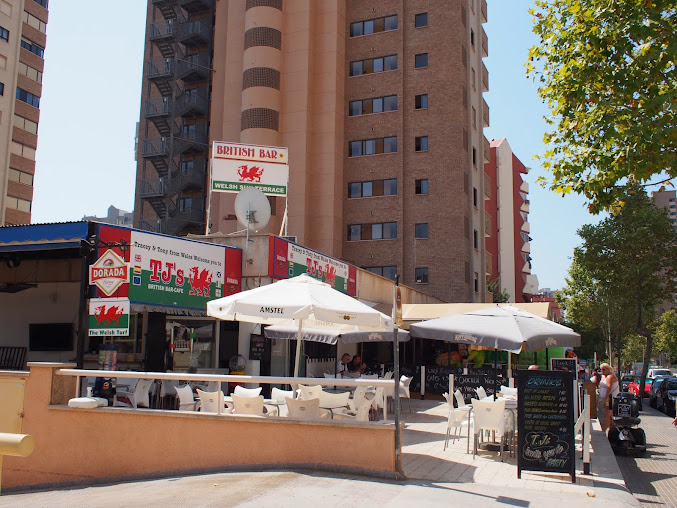 A holiday is what you make it. And while I don’t think anyone in the states would turn their nose up at the idea of someone they know saying they were going to say….Myrtle Beach, or Key West, or San Diego for a summer vacation, I sure as hell know a LOT of Brits who give a side eye and a giggle to anyone going to one of the holiday destinations deemed “lower-class”. And I even got in on it, this weird classist joke,  after we figured out where we were going, but the more I think of it, the more annoyed it makes me. These stiff definitions for what a place is, and what happens there, are just another way of dividing the population of Britain. It’s weird. It’s weird to be seen as a different person for even wanting to go to a place like Benidorm over a place like Barcelona, two Spanish cities only separated by a few hundred miles of coastline.

At the same time, I don’t think Jon and I would take another all-inclusive holiday like that again, just because we generally are people who like to explore and see new things everyday. But do I begrudge people who want to get the most out of their money in a sunny place, close to the beach, often with their families or a group of friends? No. Nope. It’s easy, and it’s lovely, and more power to ’em.

And if you’re interested in reading a bit more about this strange (to me) phenomenon-here’s some more reading around the web, including the very recent article that went out as a response to a German paper calling British holidaymakers the worst in Europe/the world, some writing on Brits abroad, where to take your prim and proper middle class holiday, and some writing about chavvy (aka poor+trashy people) holidays. Whew.

One: the aforementioned response

Five: an article from back in 2009 about a travel company offering “chav-free” holidays

Six:and one from today on Brits abroad

6 thoughts on “Trashy holidays? On Benidorm and British Class Issues.”