Back in the day I spent a few summers driving down to Tennessee with an old boyfriend during a week in June, camping out in a field and sweating buckets for five days at a very awesome music festival called Bonnaroo. Those were very good times, and they definitely taught me to find the joy in sleeping in your own sweaty juices without showering for days on end while watching lots of cool bands and drinking too much alcohol because you’re young and dumb. Also, music music music.

And while the USA has definitely got a good game going as far as music festivals go (the aforementioned Bonnaroo, Coachella, Sasquatch, Pitchfork, Bumbershoot, Austin City Limits and on and on and on), the UK is a whole different kettle o’fish. Because of the spacing of towns and how small this whole bit of land is as a whole, when a band goes on tour in the UK it isn’t some 3 month, 50 gig thing….it’s more like 2 nights in London, a night in Manchester, maybe Cardiff and Edinburgh and Dublin and oh woops, you’re done. Not much of a tour! So it really really makes sense to throw these massive festivals where everybody can see a ton of bands all in the space of a few days, for the price of maybe 3-5 shows, and for just one round trip (and don’t forget about all the other great stuff happening besides the music-cinemas in tents, comedians, workshops, lectures, amaaaaazing food stalls and booze booze booze). The festival scene around here is mind-blowing. And I finally got my chance to jump in!

My gal Penny had decided that we should go to this one, Green Man Festival, and with at least four of the bands falling into my “very loved” list and one falling into my”favorite bands of all time” list, I was in. Also, I’ve never been to Wales and I’d heard it was pretty. Problematically, a train from Brighton to Wales was going to take something like 6-7 hours and that made me sad. (Penny was driving over and down separately from Nottingham and there is no place in between that makes sense to meet up in). So I took another leap of faith and used the website  gocarshare.com to find some other people going from my area to Brighton to the festival that I could hitch a ride with. Yes I was nervous about getting murdered, but I also was really interested in taking a 3 hour car ride instead of a 7 hour train ride by myself for twice the price. It all worked out, and I recommend the site wholeheartedly-check it out if you aren’t too precious about who you ride in cars with, ha.

So anyway, the festival was amazing, Wales is gorgeous, it only rained a little bit, and there was really wonderful food/drink/people too!

Emotional highlights: singing along to Emmylou with a tearjerkingly happy Welshman during First Aid Kit’s closing set, getting slightly drunk and taking a selfie in front of the empty stage that NMH performed on since they’d asked the whole crowd not to take any pictures during their set, solid tent catchups in a very tiny tent with my lady Penny, watching the Green Man go up in flames, filled with the written down wishes of festival attendees, during a very pagan ceremony on the last night.

Non-music based highlights: catching the surprisingly touching rock documentary about The National in the Cinedrome on Saturday afternoon(which only happened because they were going to screen Grand Budapest Hotel and the dvd wouldn’t work, so they played this instead, and it was lovely), going to a funny and insightful lecture on how to stop lying about what you read by Andrew Miller, sitting in front of a box that had a person inside who would draw your portrait for free in 3 minutes, dropping my phone off for charging at a station that was charged by people riding bikes (a bike which I rode, which was crazy hard). And hula hoopin’. And lots of random weird artsy things going on-rope acrobatics out of large trees, fire twirling and face painting and wandering improv troops…. 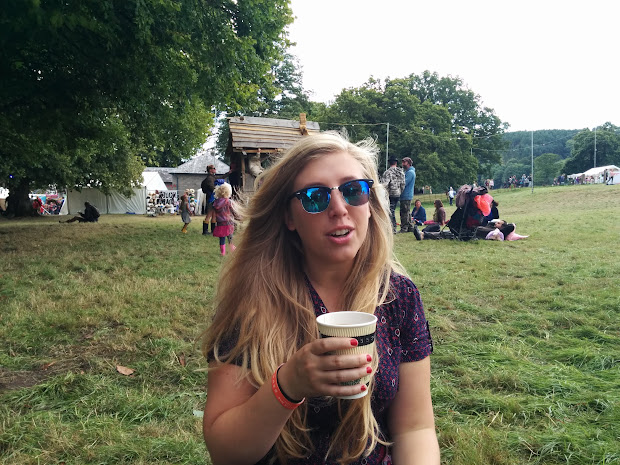 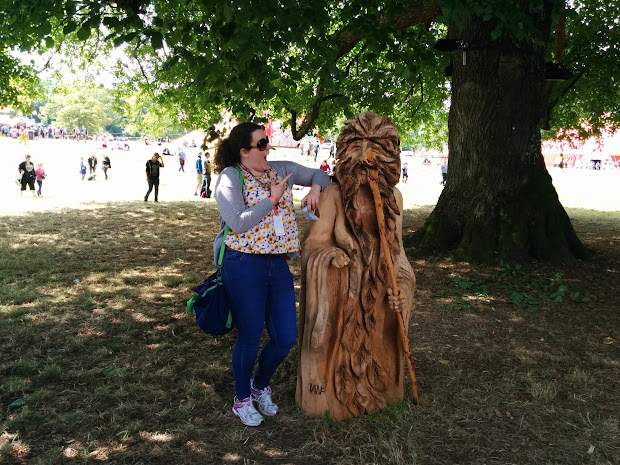 (go ahead and click the “read more” button, if that’s yo thang) 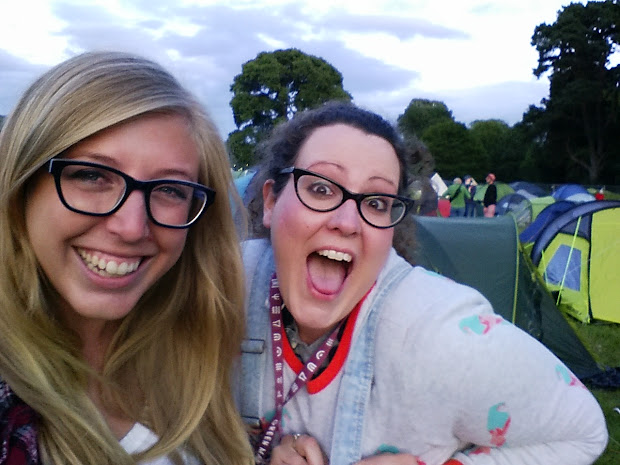 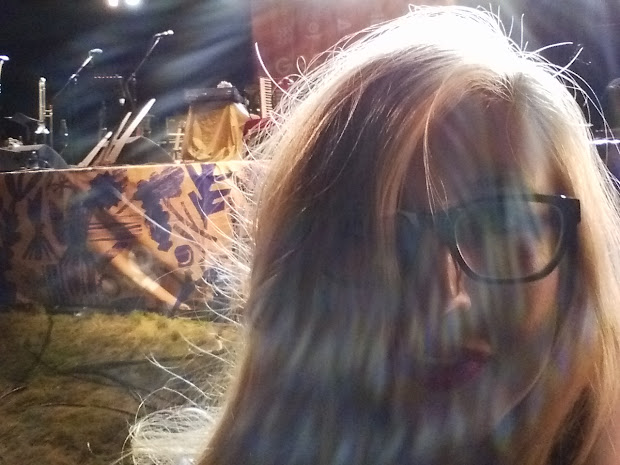 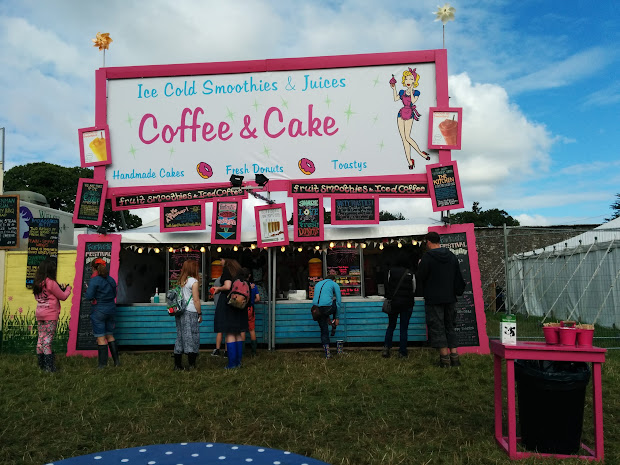 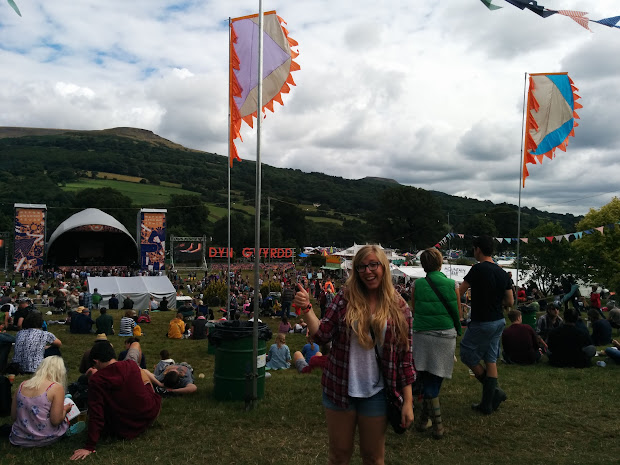 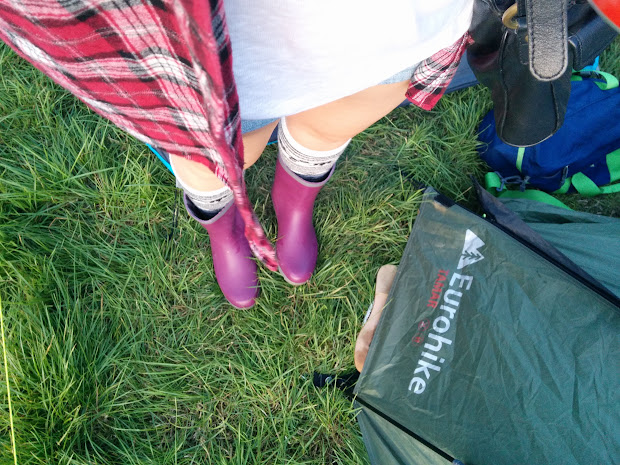 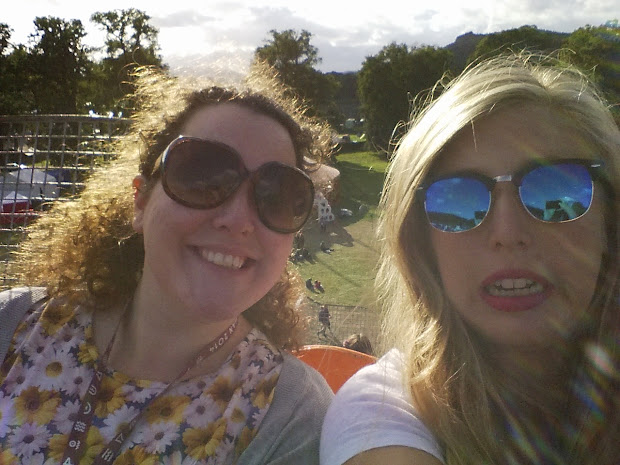