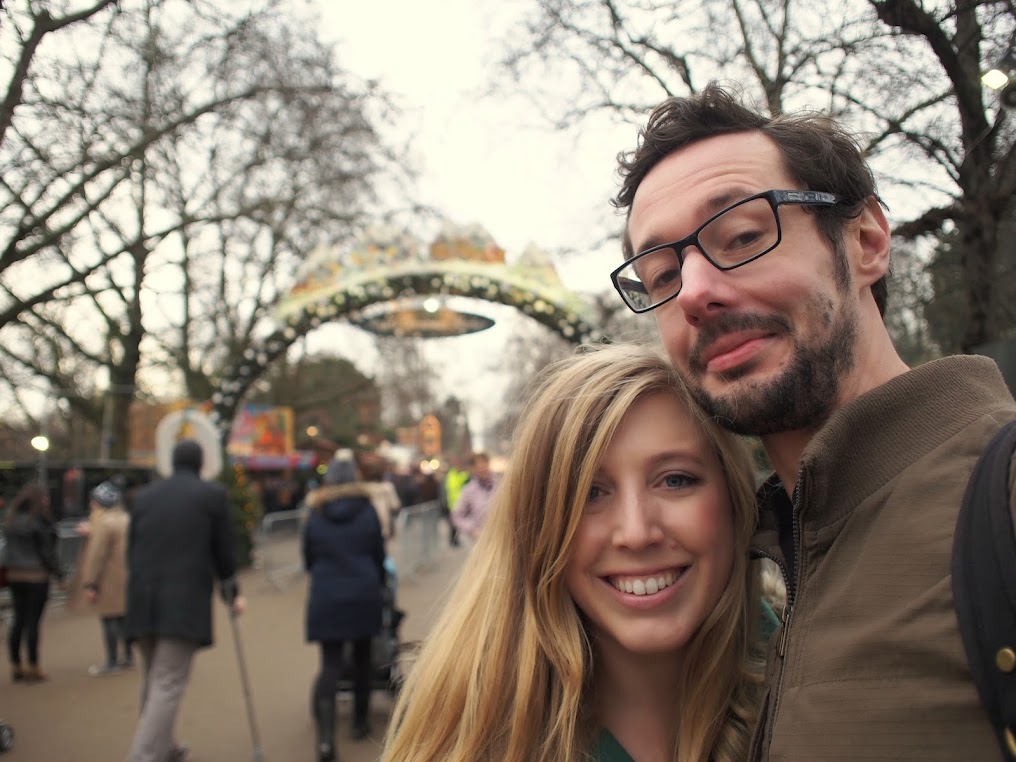 I wouldn’t go so far as to say I’m a creature of habit, but it is fair to say that I am a lover of traditions, those both old and new. Anyone who has been reading since I began visiting (and then moved to) England, will know that Jon and I do a lot of the same stuff every holiday season, one of those things being a day in London where we indulge our voyeuristic need to “lick windows”, as the French say. Meaning, we go do a bit of window shopping in the decadent halls of Harrods. And we go to Winter Wonderland just around the corner in Hyde Park. And we drink mulled wine in the coldish weather (it’s never yet snowed when we’ve been at Winter Wonderland, so I’ll keep my fingers crossed for next year). And we just have a nice seasonally appropriate time together!

This year we decided to try to beat the crowds at the ridiculously popular Winter Wonderland by going on a weekday, and with both of us having a few days off left in our work banks, we were happily able to spend last Friday doing our Christmas thang and oh man, it is SO MUCH BETTER when you can avert the shoulder to shoulder crowds and actually shuffle around because you’re looking at everything and taking it all in, rather than shuffle around because you can’t move or breathe in the name of Christmas. 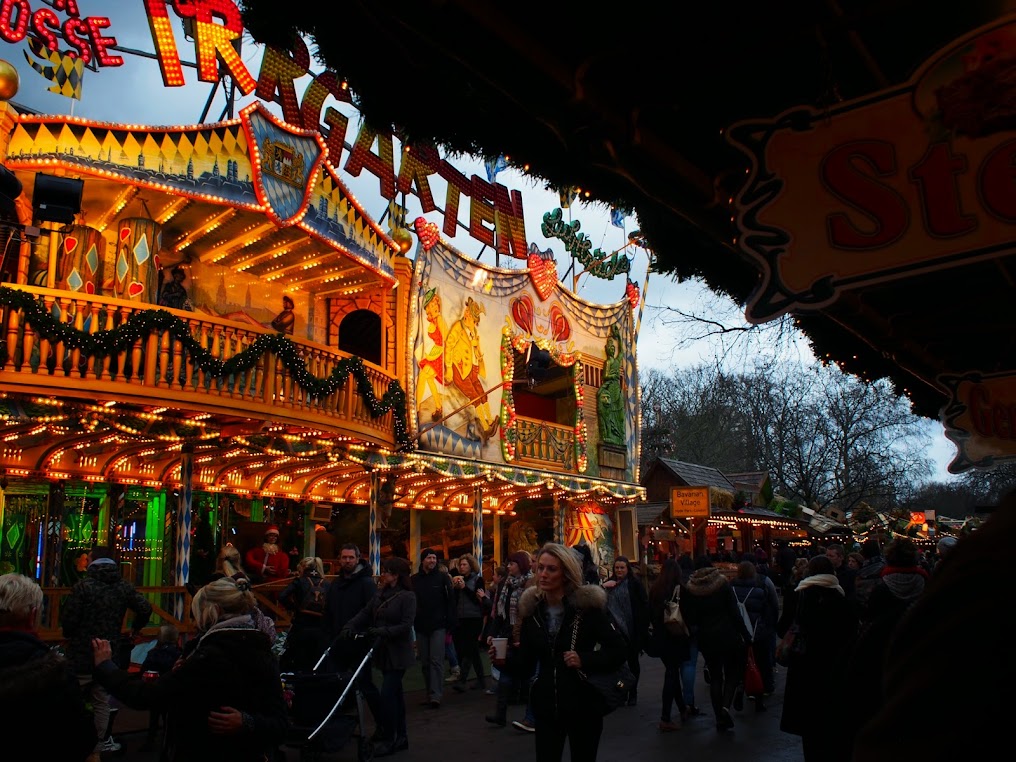 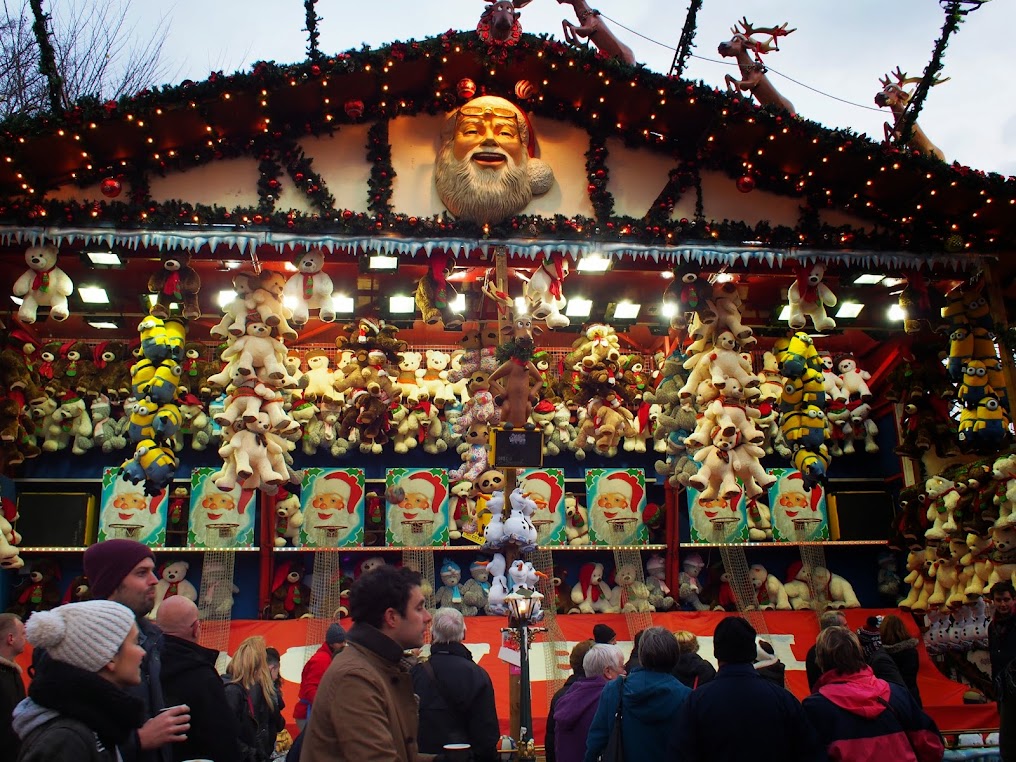 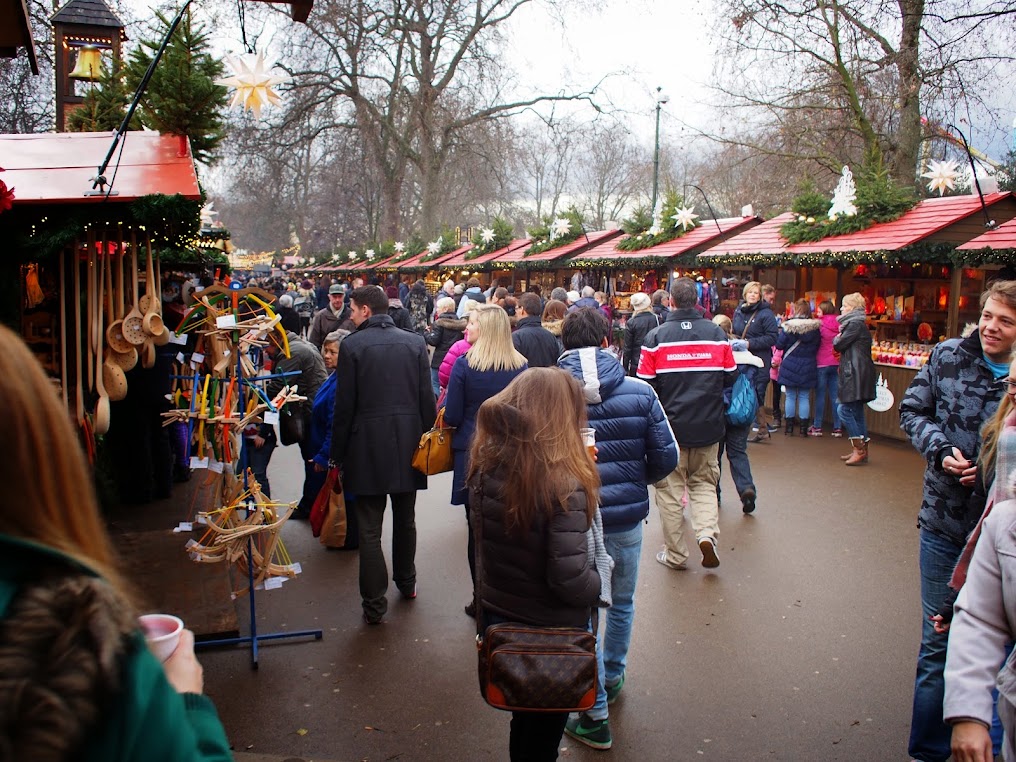 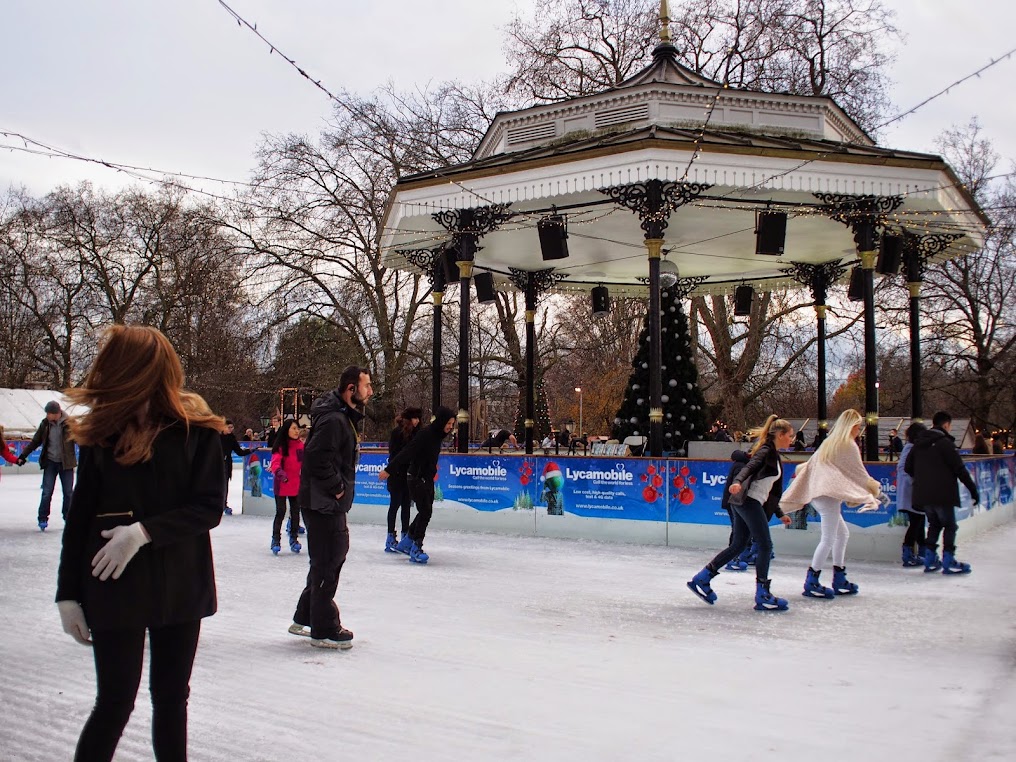 We did not ice skate, again, because Jon hates it, but it looked like everyone was having so much fun and I do enjoy watching people who are really bad at things but are having a wonderful time doing them anyway, if that makes sense. We split a bratwurst, that traditional Christmas treat (ha), and also split a trio of mini burgers, which were not good, in any way. Oh well. 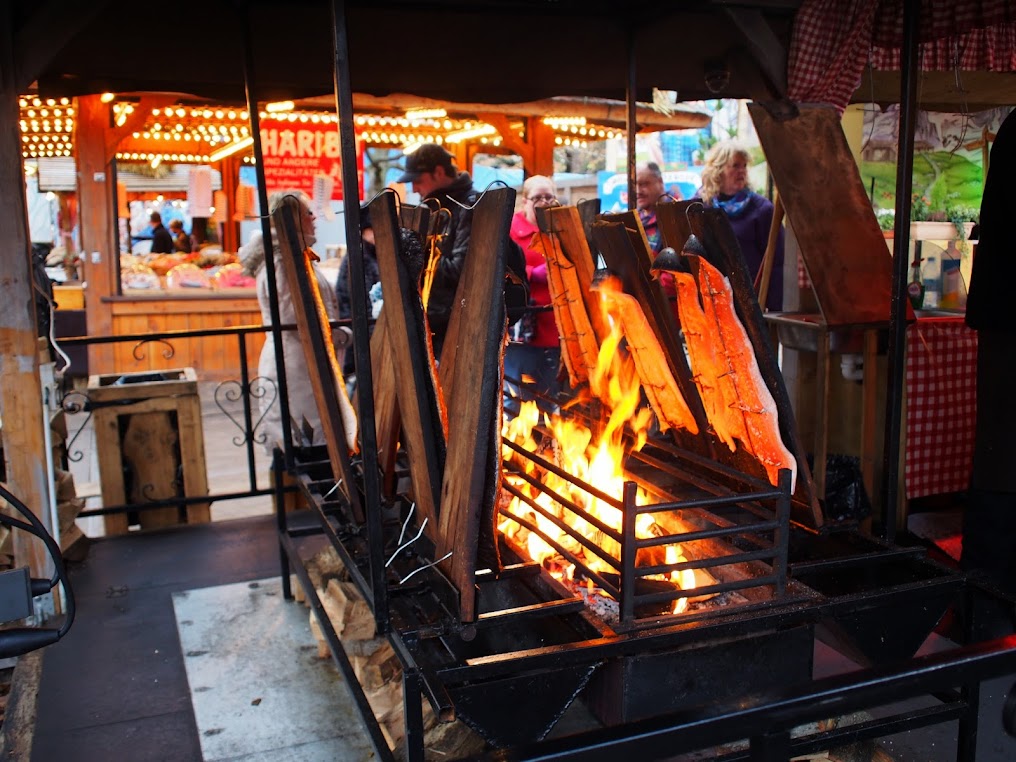 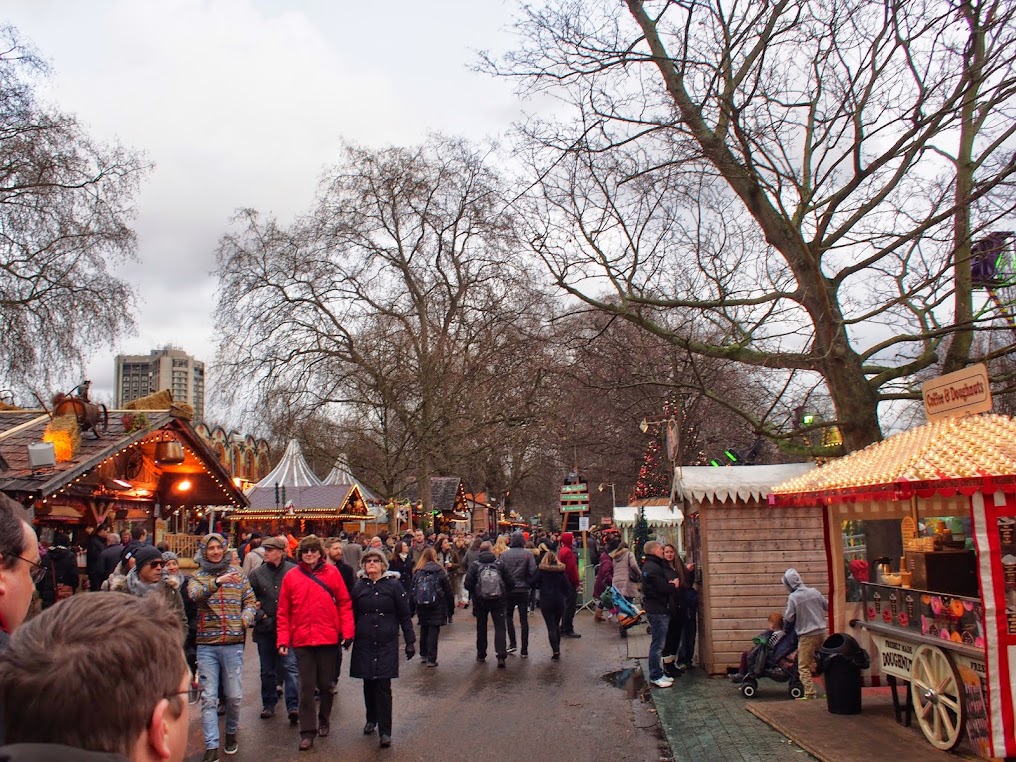 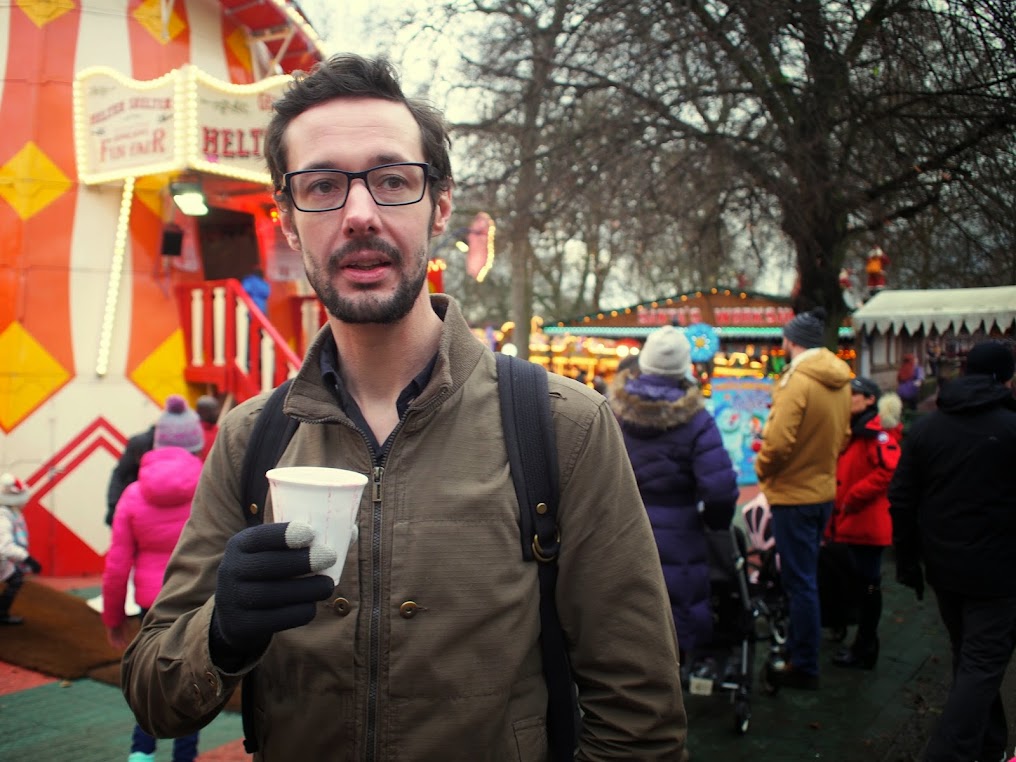 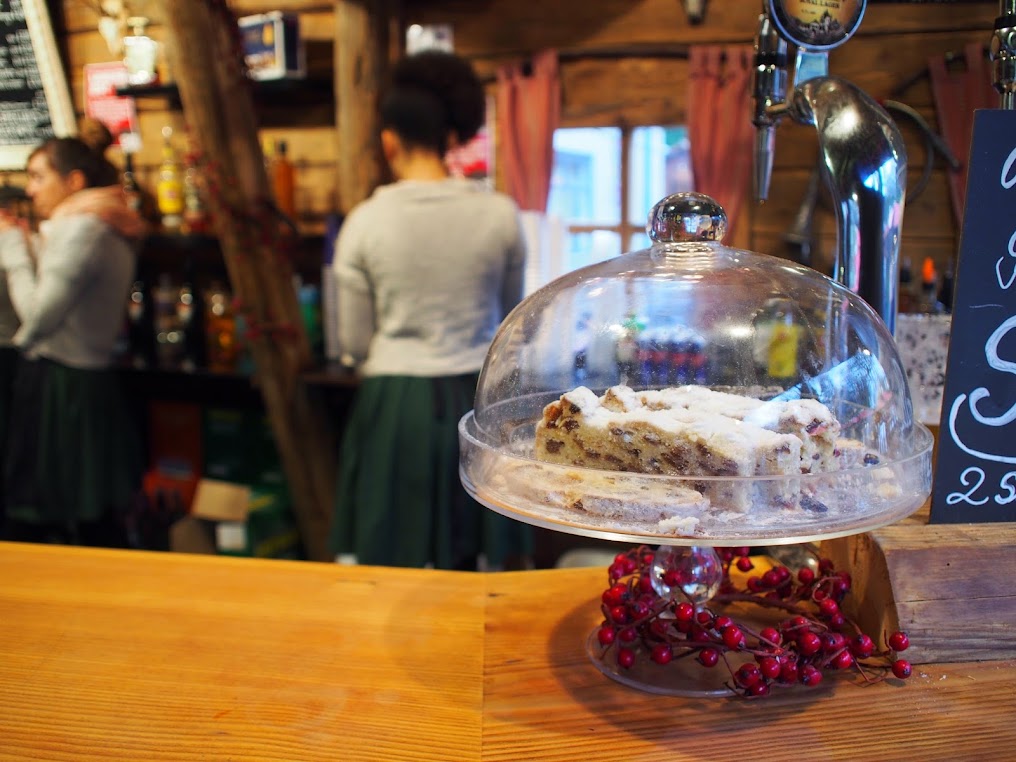 But the mulled wine had it going onnnnn. The first one I had spilled everywhere and was impossible to carry. The second one came from a stall where they put a lid on it, like a carryout coffee cup. Genius. 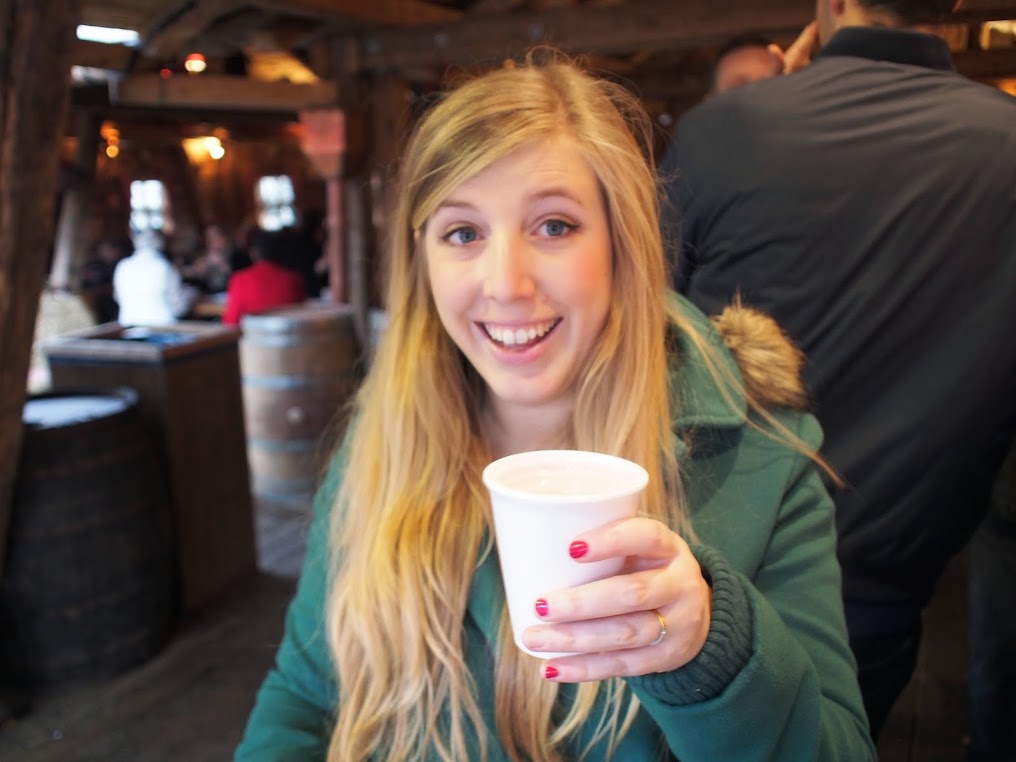 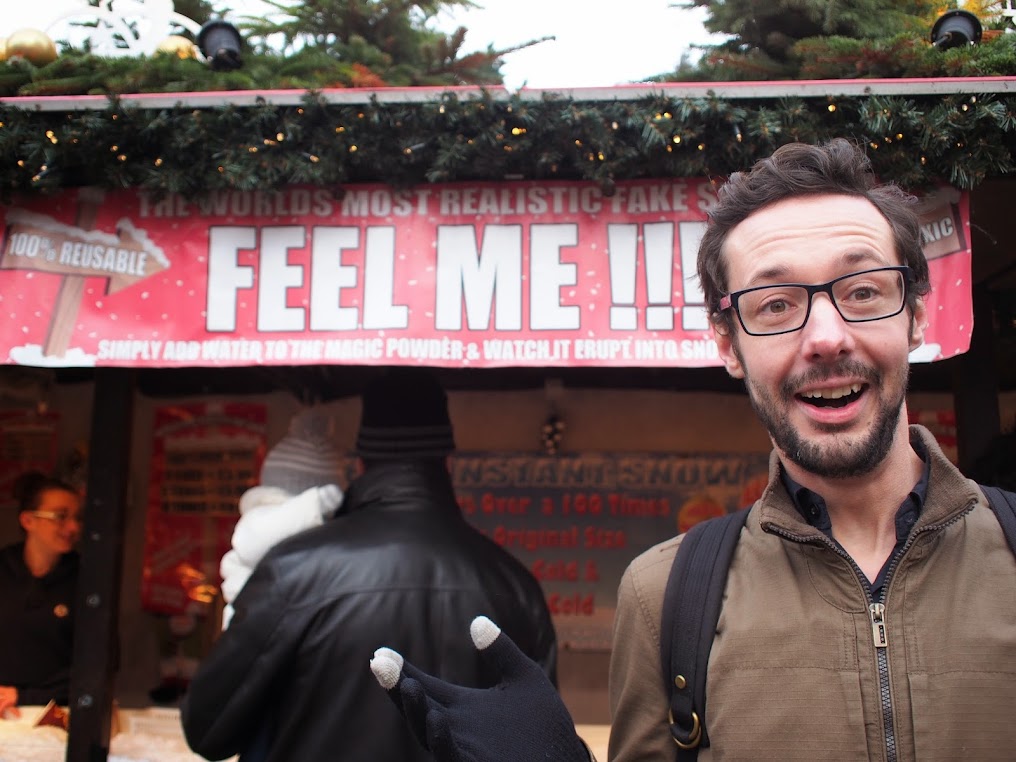 This year there was also a huge 30 foot tall talking tree, which was very, very creepy and which I do not recall seeing in recent years. I mean, I’m there for the Christmas tat and the food and drink, at the end of the day, so overall I am comfortable with skipping the whole side that has rides. And creepy trees. 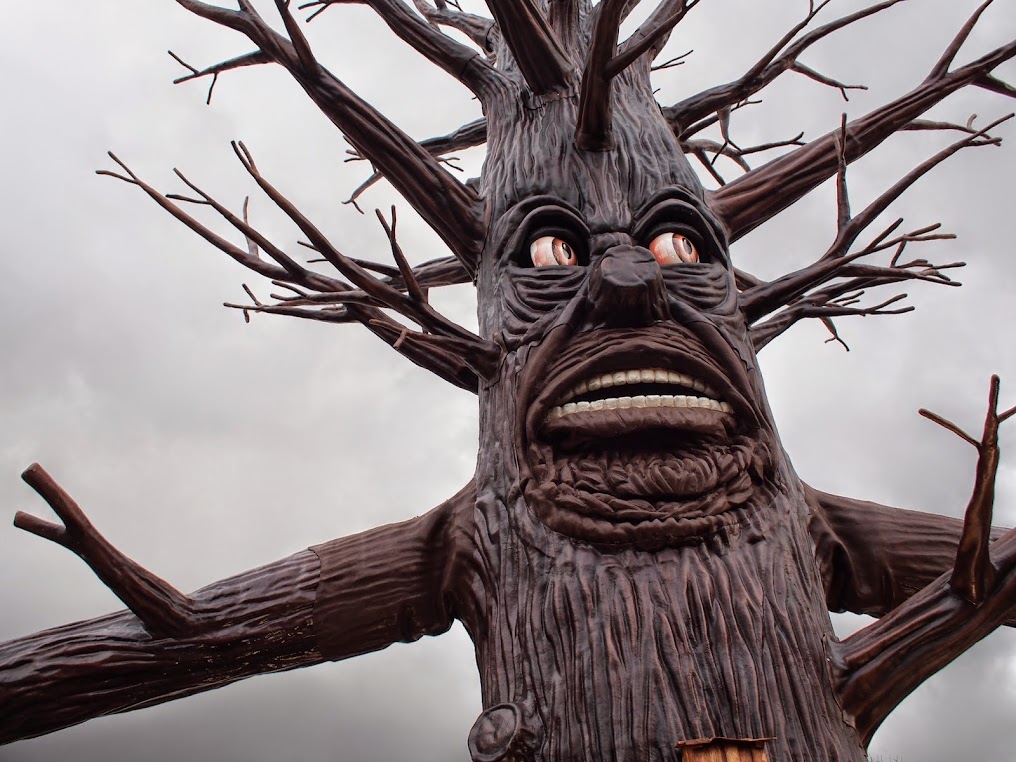 When writing this I had a look back at previous years at Winter Wonderland. My recent life can be told in cheesy outdoor holiday markets, so it seems. Number one, my hair has changed so much! And it was legitimately cold that first year, which is hard to imagine. It still didn’t snow though-England, i would love to have a white Christmas in youuu. Next year maybe? ( Our first Winter Wonderland trip can be read about here, by the way). (And the second one here). (You can just poke around for the third one, I’m sure it’s in here somewhere).

At the end of the night, and after the tiniest bit of shopping, we decided to finally go to Bone Daddies in SoHo, which I have been dying to go to for at least a year now. Japanese ramen! We stopped by a little pub first to rest our tired feet and managed to get to the restaurant just as a long queue formed outside of Friday night party people. Jon let me have his soft boiled eggs because he only likes eggs in omelette form. Lucky for me! And the food was so so so good. Highly recommend. Go. And go now. 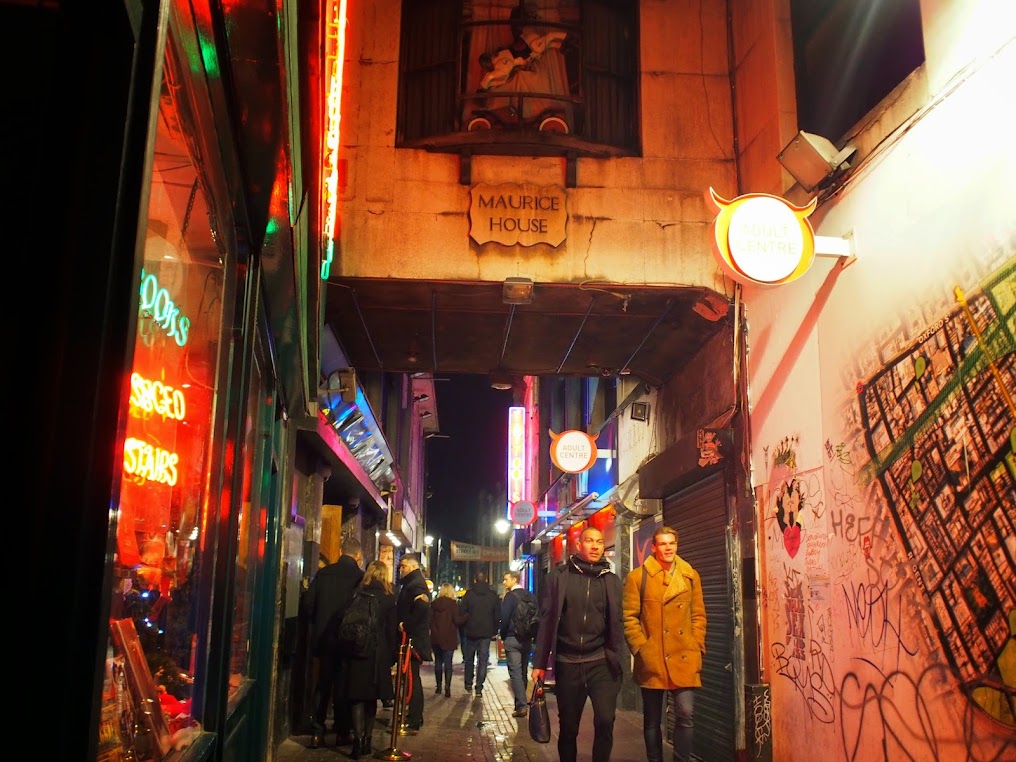 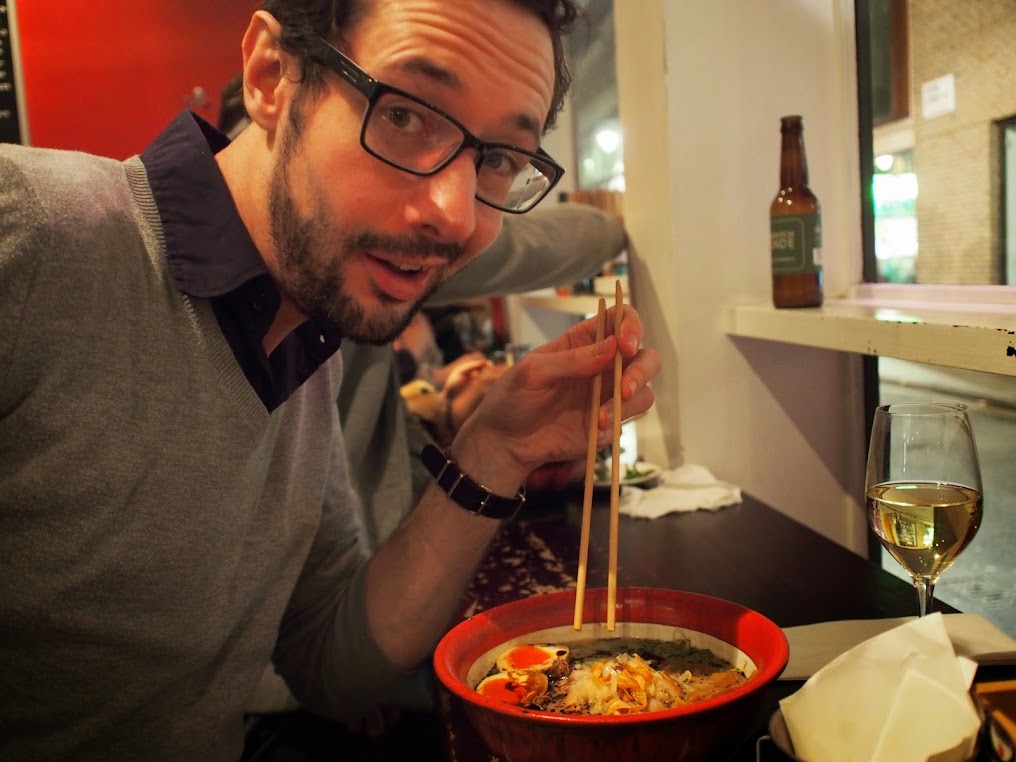 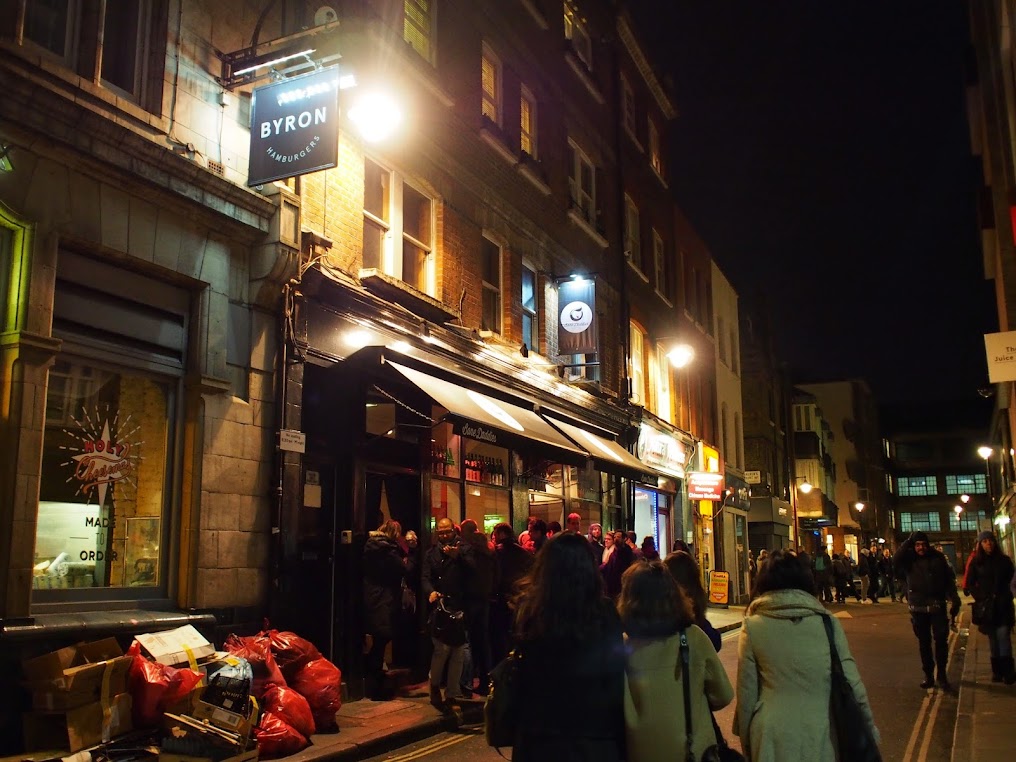 We tried to get a picture together…and failed. Again. 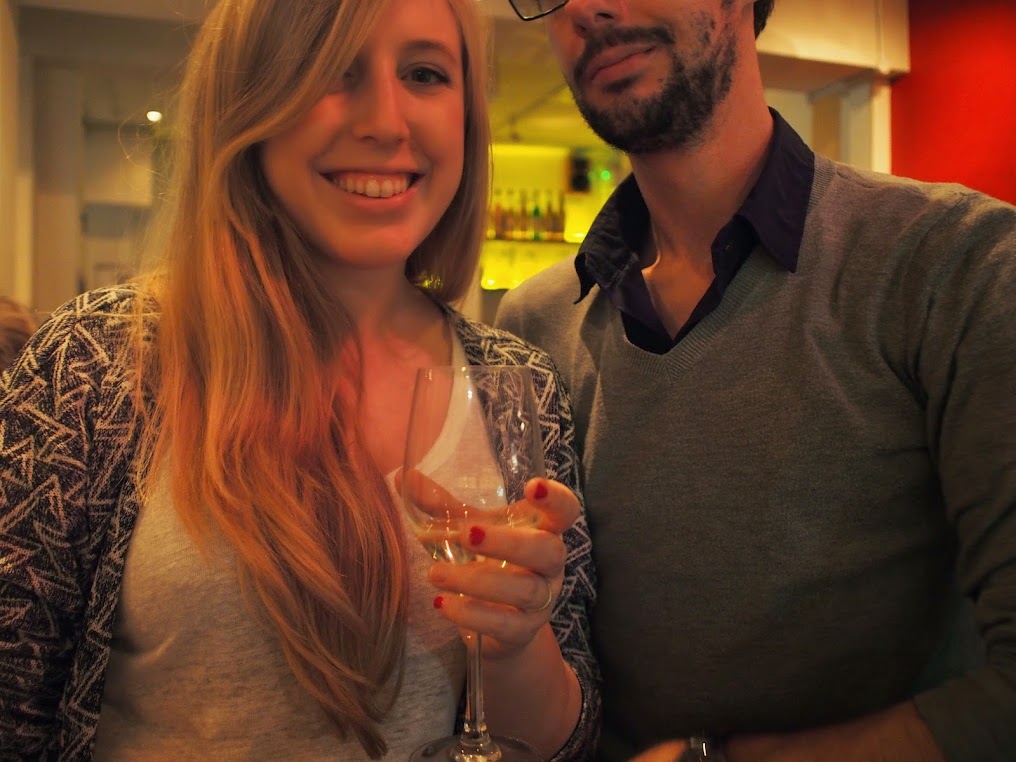 So, a holiday day, with the edge taken off by some spicy hot Asian cuisine. Which is how all holidays would go if I had my way. You know that thing where you get so tired of traditional fare that you crave the exact opposite? Well I am reaching my peak of heavy meats and fillings and potatoes, pies and casseroles and roasts and sugar cookies and treats treats treats, and pad thai, ramen, sushi, bibimbap….I want all of it. But I’m not on overload yet. That’s what January is for!